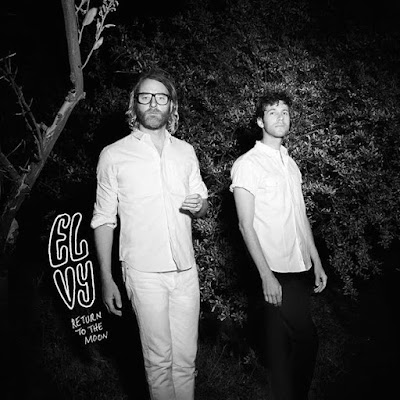 The National frontman Matt Berninger and Menomena's Brent Knopf have formed a new band called EL VY (It should sound like the plural version of Elvis).

The duo will release their debut, Return to the Moon, in October.

In a press release, Berninger said: "This record is more autobiographical than anything else I’ve written, but the details aren’t true. It’s written in the voices of a few invented characters, composites of different people—myself, my wife, and other people I was thinking about."

Take a look at the cover, above, and the tracklisting, below, and hear their debut single "Return to the Moon (Political Song for Didi Bloome to Sing, With Crescendo)."

Posted by Salvatore Bono at 6:39 PM