In October, The Velvet Underground will reissue their classic record, Loaded, for it's 45th anniversary via Rhino. The reissue, Re-Loaded will feature the classic album expanded as a six-disc set with stereo, mono and surround mixes, rarities, and live recordings.

Taking to Twitter, Against Me!'s Laura Jane Grace has confirmed that the band will begin working on the follow-up to last year's best album, Transgender Dysphoria Blues. She tweeted:

As much as I'm enjoying playing shows, goddamn am I looking forward to starting to record a new album this fall.
— Laura Jane Grace (@LauraJaneGrace) August 21, 2015

Speaking to Louder than War, Glasvegas frontman James Allen said the band hope to have their new record out by November.

Iron Maiden's Bruce Dickinson said he plans to pilot the band on their world tour which kicks off next year. The singer also has announced plans to create a new fleet of airplanes in south Wales, creating up to 200 jobs, according to BBC.

Here is something just for fun, The Royal Frontier has translated Biggie's "Juicy" into Shakespearean English. Take a look HERE.

Taking to Twitter, Young the Giant have confirmed they have wrapped recording on their third album.

Working on that new new!!Just finished up at sunset sound! Still in progress, but coming together quite well ;) #lp3 https://t.co/lAdkynHCBI
— Young the Giant (@youngthegiant) August 25, 2015

Paul Weller spoke to Digital Spy about the possibility of a Jam reunion and The Modfather shut down the idea. He said: "Absolutely, categorically, fucking no. To me it would be against everything we ever stood for."

As announced earlier this week, Morrissey will release his new book List of the Lost, next month. Now, the singer has just revealed the cover: 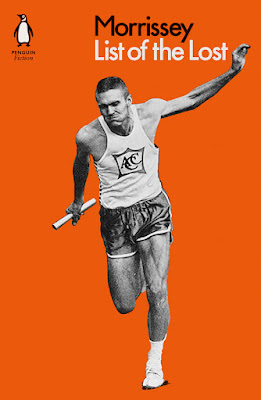