Paul McCartney is set to reissue his albums Tug of War and Pipes of Peace in October. The reissues will include demos, B-sides, and never before seen video.

U2 will be the subject of two HBO specials in November. The first special is a behind the scenes look at their current Innocence + Experience Tour and the second will be a live concert of the tour's year-end closing gig in Paris.

Speaking of HBO, the network will release the long awaited Mick Jagger / Martin Scorsese music industry series Vinyl next year. The drama takes a look at the inner workings of the music business in the 1970's.

Disclosure have been coy on disclosing new info on their upcoming album Caracal. While no release date or cover has been set, the electronic duo released the star-studded tracklisting, take a look:

Gary Clark Jr. will release his new album, The Story of Sonny Boy Slim, in September. Take a look at the cover, below: 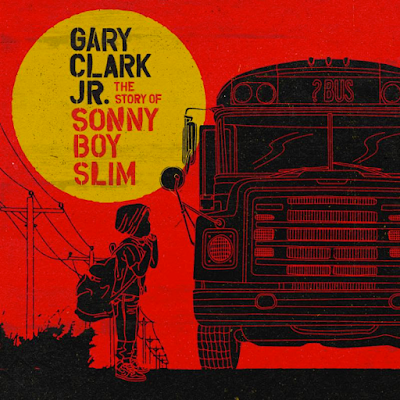 Posted by Salvatore Bono at 7:07 AM