Iggy Pop and Josh Homme have come together for a record called Post Pop Depression that will be released in March. The duo, which are backed by Matt Helders of Arctic Monkeys and members of Queens of the Stone Age, have been recording in secret and today the news was out thanks to a New York Times article.

Massive Attack have released new music via an app called Fantom. For more info, take a look at the tweet, below:

Eagles of Death Metal are giving free tickets to their upcoming Paris gig next month to the survivors of the Bataclan massacre that happened in November when the band was playing.

Speaking to VICE, Pusha-T finally broke his silence on the breakup of Clipse in 2014. According to the rapper, his brother and partner No Malice walked away after a tour in 2014. The duo seemed to be in two different places and Malice was ready for Pusha-T to be a solo artist and did not want to be apart of the  music world.

After weeks of teasing, At The Drive-In have confirmed they are re-reuniting for a world tour and new music this year. The band, who broke up in 2001, got back together in 2012 for a series of shows but have laid quiet until now. The band's tour is being announced via social media, no word yet on when music shall come. 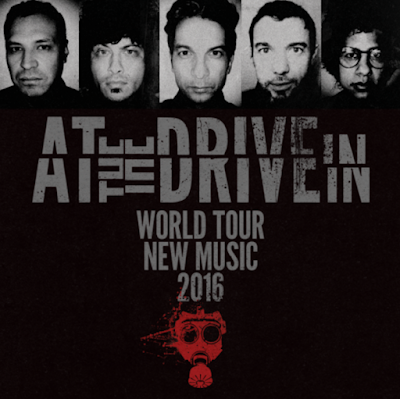