'With My Words I've Borrowed Your Time' Bowie Tributes Continue 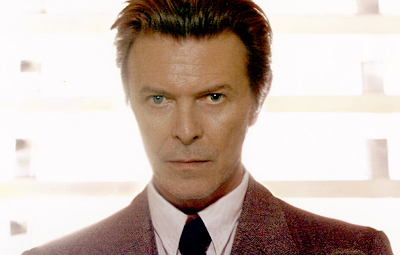 It has now been over two weeks since David Bowie passed away and still tributes are pouring in from fans, friends and famous faces. Bowie's legacy is left within his music and talents but those that knew him best share a different side and stories of what the public didn't know.

Read: 'You Were a Talented Child' David Bowie Tributes Continue

Rolling Stones' Mick Jagger reflected on his friendship with The Thin White Duke for an upcoming issue of Rolling Stone. Jagger said: "There was always an exchange of information within our friendship. And I suppose there was always an element of competition between us, but it never felt overwhelming. When he'd come over, we'd talk about our work — a new guitarist, a new way of writing, style and photographers. We had a lot in common in wanting to do big things onstage — using interesting designs, narratives, personalities." Jagger added: "He had a chameleon-like ability to take on any genre, always with a unique take, musically and lyrically."

In the same issue, Nine Inch Nails' Trent Reznor, who famously toured with Bowie in the 90s and worked with him on his Outside and Earthlings records said: "It feels like the loss of a mentor, fatherly figure, someone looking out for you, reminding you that in a world where the bar keeps seeming to be lower, where stupidity has got a foothold, there is room for excellence and uncompromising vision." He added that it was Bowie who helped him get sober, saying:
"There were a number of times where the two of us were alone, and he said some things that weren't scolding, but pieces of wisdom that stuck with me: "You know, there is a better way here, and it doesn't have to end in despair or in death, in the bottom."

Long-term, it just kind of said, Bowie was awesome. Bowie stayed involved, and he went out of his way to support young artists, as we’ve seen after he came to our show. I just think that it’s cool, the same way that Elton John seems to be super up on new music. Bowie was an artist all the way, and a generous one who liked to tell other artists that he was a supporter. That was such a great gift for someone of his caliber to give to a young band."

Michael C. Hall, who just finished playing Lazarus in Bowie's stage adaptation of his film, The Man Who Fell to Earth, which was off-Broadway, spoke to Billboard about how it was to work and learn from him as an actor. He said: "To play that role and to take part in telling that story and helping to create something that was in the final chapter of Bowie's artistic output, it was really incredible."

Just steps from where Bowie lived in New York, street artists unofficially renamed one of the city's street signs during Winter Storm Jonas.

NOT apart of LISA Project. We are fans of "David Bowery" A fitting Bowie tribute. Bravo to the brave (and all photos ) ...
Posted by The LISA Project NYC on Sunday, January 24, 2016

In related news, Bowie's long time producer and friend Tony Visconti will give this year's keynote address at SXSW.
Posted by Salvatore Bono at 12:26 PM