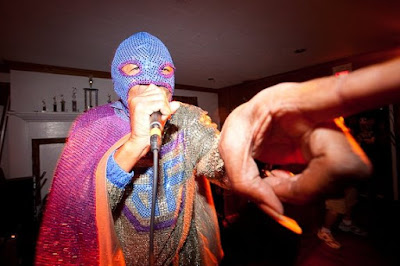 Just after announcing he was in the Hospice with terminal cancer, singer Blowfly has passed away.

Born Clarence Reid, the masked rapper and singer had a huge influence on funk, disco, hip-hop and R&B. He was 76. His latest album, 77 Rusty Trombones is due next month.

An announcement about his passing was posted to social media.

Clarence Reid, the genius known both by his given name and as Blowfly, the Master of Class, passed peacefully today,...
Posted by Blowfly on Sunday, January 17, 2016