According to a source close to David Bowie who spoke to Newsweek, The Thin White Duke planned "a long list of unscheduled music releases" before he passed. Archival material of Bowie shall also be released, the first of which shall arrive before year's end.

Kanye West took to Twitter to announce the tracklisting for his upcoming album, SWISH, which is due next month.

So happy to be finished with the best album of all time pic.twitter.com/JBWa8OWvqw
— KANYE WEST (@kanyewest) January 25, 2016


Bruce Springsteen and the E-Street Band were set to perform at Madison Square Garden over the weekend, however, Winter Storm Jonas put a stop to that. The date will be made up but as a gift to fans, even those who didn't have a ticket, The Boss is offering a free download of a recent Chicago concert for the next couple days. Download the live performance HERE and see the album cover below: 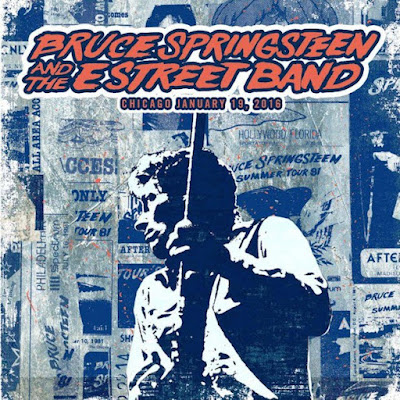