Deftones will release their new album in April, guitarist Stephen Carpenter confirmed the news at a guitar convention in California. He said: "[We're] sitting around waiting for the release of our new record. It comes out April 8th. We have some dates in Texas in March, in May-June we're off to Europe for some festivals out there. We'll play for all the people who are interested and want to hear it."

Eagles of Death Metal have released the second wave of artists who are covering their song "I Love You All The Time" for the Sweet Stuff Foundation. Chelsea Wolfe, the Whigs, Pearl Jam's Matt Cameron, Nada Surf, Liam Lynch, Halestorm, are among the new batch who have covered the song.

Several high profile musicians like Pearl Jam, Jack White, Big Sean, Cher and Meek Mill are helping the people of Flint, Michigan, with the city's water crisis. From donating money to bottles of water, these artists are helping make a difference in a place that is under a State of Emergency.

NEVERMEN, the supergroup featuring Mike Patton, TV on the Radio's Tunde Adebimpe and Doseone will release their self-titled debut album next week. Take a look at the album cover, below: 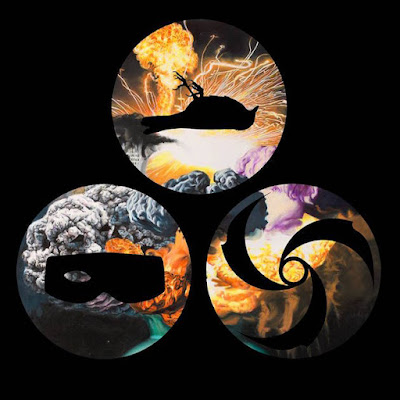 Posted by Salvatore Bono at 5:36 PM