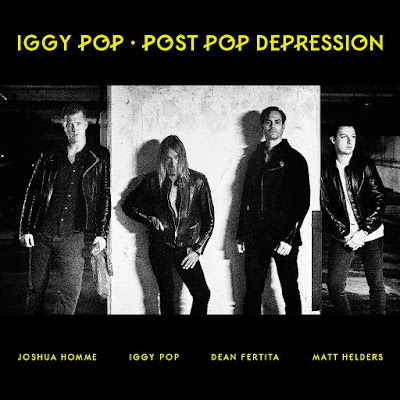 After announcing to the world in the New York Times that Iggy Pop has teamed up with Josh Homme for a record called Post Pop Depression, more details have emerged.

As stated before Queens of the Stone Age's Dean Fertita and Arctic Monkey Matt Helders are also in the band and the record arrives in March.

"I wanted to be free," Iggy said in a press statement. "To be free, I needed to forget. To forget, I needed music. Josh had that in him, so I set out to provoke an encounter-first with a carefully worded text, followed by a deluge of writings all about me. No composer wants to write about nothing. He got revved up and we had a great big rumble in the desert USA.”

Take a look at the cover, above, and the tracklisting, below, and hear the first single "Gardenia:"