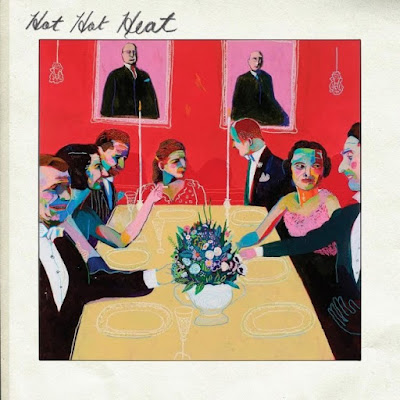 Hot Hot Heat will release their first album in six years and announced that it will be their last.

The self-titled LP will be out in June.

Singer Steve Bays said in a press release: "To be able to tour from 1999 to 2014 and play hundreds of shows a year was amazing. It changed all of our lives. It was the greatest experience I could ever imagine. I can relate to our fans and I respect our fans. They are the kind of people I’d hang out with. I’m proud of every single record, and of finding the ground between making it challenging and fresh, but also not being afraid to be entertaining and put on a crazy show. Every show we ever did was just a total high energy spectacle and that’s a great legacy to have."

Take a look at the cover, above, and the tracklisting, below, and hear the first single, "The Kid Stays in the Picture."