According to reports, Prince's brother-in-law, Maurice Philips, told The Sun that the musician's Paisley Park estate will be turned into a museum. Paisley Park was Prince's compound outside Minneapolis where the singer was found dead last week.

Johnny Marr announced that his autobiography, Set The Boy Free, will arrive later this year. Take a look at the news and cover via his Instagram page:

Johnny has announced the details of his autobiography. #settheboyfree will be published on 3rd Nov. www.johnnymarr.com
A photo posted by Johnny Marr (@johnnymarrgram) on Apr 21, 2016 at 3:50am PDT

Indie rock band Viet Cong have changed their name to Preoccupations after receiving backlash through the years.

Jack White's Third Man Books will release TOTAL CHAOS: The Story of The Stooges / As Told by Iggy Pop later this year. The book, by author Jeff Gold, features contributions from writers like Johan Kugelberg, John Savage and others to get the story of The Stooges. Take a look at the cover, below: 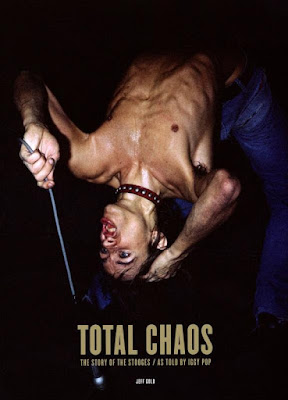