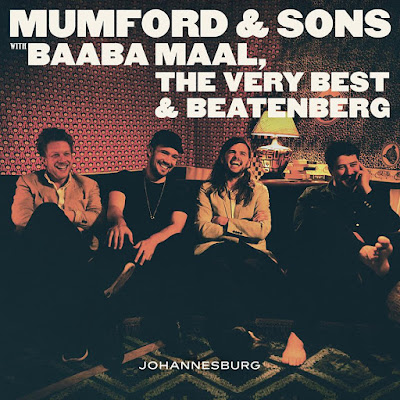 They recorded the songs while on tour in the country and in June will release the EP, Johannesburg.

In a press release, the band said: "The South African Broadcasting Corporation had a room. It had two. Literally, two rooms. A few corridors away, and around the corner. It was a magnificent building though, all imposing wood panelling and endless corridors leading to more corridors. It had something a bit brutalist about it. It had a vibe."

Listen To Our South African Mixtape

Take a look at the cover, above, and the tracklisting, below and watch the EP's trailer.

Posted by Salvatore Bono at 3:37 PM