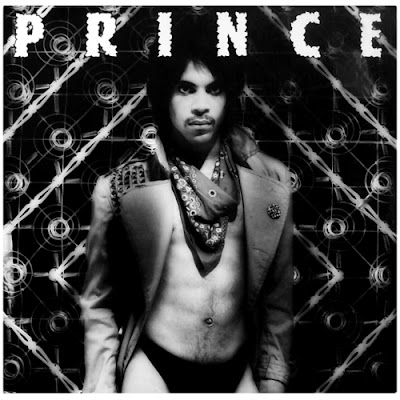 After news broke on Thursday afternoon that Prince suddenly passed away at his estate in Minnesota, the world reacted to the loss of an icon.

Prince, 57, will be remembered for showing the world that it doesn't matter what color, creed, nationality or religion you were -- if you were human, you could still get funky.

In a lengthy Tumblr post, Frank Ocean broke his silence to say what Prince meant to him. He wrote: "I’M NOT EVEN GONNA SAY REST IN PEACE BECAUSE IT’S BIGGER THAN DEATH. I NEVER MET THE MAN (I WAS TOO NERVOUS THE ONE TIME I SAW HIM) AND I NEVER SAW HIM PLAY LIVE, REGRETTABLY. I ONLY KNOW THE LEGENDS I’VE HEARD FROM FOLKS AND WHAT I’VE HEARD AND SEEN FROM HIS DEEP CATALOG OF PROPELLANT, FEARLESS, VIRTUOSIC WORK. MY ASSESSMENT IS THAT HE LEARNED EARLY ON HOW LITTLE VALUE TO ASSIGN TO SOMEONE ELSE’S OPINION OF YOU.. AN INFECTIOUS SENTIMENT THAT SEEMED SOAKED INTO HIS CLOTHES, HIS HAIR, HIS WALK, HIS GUITAR AND HIS PRIMAL SCREAM. HE WROTE MY FAVORITE SONG OF ALL TIME, ‘WHEN YOU WERE MINE’. IT’S A SIMPLE SONG WITH A SIMPLE MELODY THAT MAKES YOU WISH YOU THOUGHT OF IT FIRST, EVEN THOUGH YOU NEVER WOULD HAVE - A FLIRTATIOUS BRAND OF GENIUS THAT FEELS APPROACHABLE. HE WAS A STRAIGHT BLACK MAN WHO PLAYED HIS FIRST TELEVISED SET IN BIKINI BOTTOMS AND KNEE HIGH HEELED BOOTS, EPIC. HE MADE ME FEEL MORE COMFORTABLE WITH HOW I IDENTIFY SEXUALLY SIMPLY BY HIS DISPLAY OF FREEDOM FROM AND IRREVERENCE FOR OBVIOUSLY ARCHAIC IDEAS LIKE GENDER CONFORMITY ETC. HE MOVED ME TO BE MORE DARING AND INTUITIVE WITH MY OWN WORK BY HIS DEMONSTRATION - HIS DENIAL OF THE PREVAILING MODEL…HIS FIGHT FOR HIS INTELLECTUAL PROPERTY - ‘SLAVE’ WRITTEN ACROSS THE FOREHEAD, NAME CHANGED TO A SYMBOL… AN ALL OUT REBELLION AGAINST EXPLOITATION. A VANGUARD AND GENIUS BY EVERY METRIC I KNOW OF WHO AFFECTED MANY IN A WAY THAT WILL OUTRUN OBLIVION FOR A LONG WHILE. I’M PROUD TO BE A PRINCE FAN(STAN) FOR LIFE."

This is so heartbreaking💔 I had this Prince pic drawn on my wall years ago because his music inspired so many R.I.P😥 pic.twitter.com/60msa6hm3I
— Missy Elliott (@MissyElliott) April 21, 2016


The Weeknd, who honored Prince at the AMA's in November tweeted:

i can't believe what's happening right now. i just woke up but it feels like I'm dreaming. we live in a world where Prince passes away???
— The Weeknd (@theweeknd) April 21, 2016


Harlem's Apollo Theater altered their marquee in tribute to "The Purple One."


Julian Casablancas of The Strokes said:

song-writing, singing, guitar-playing, dancing...
no one has EVER been a grand-master at ALL 4. Prince=master of all trades
— Julian Casablancas (@Casablancas_J) April 22, 2016


Flying Lotus summed it up best:

I'm sorry I can not accept that prince has died. I will give the world time to correct its mistake. fuck that.
— el-p (@therealelp) April 21, 2016


While his Run the Jewels partner, Killer Mike, posted:

The Master as left this realm. 😔. #EnergyNeverDies #WeAreLuckyToHaveLivedInHisTime
A photo posted by Killer Mike (@killermike) on Apr 21, 2016 at 10:49am PDT

Posted by Salvatore Bono at 5:27 PM