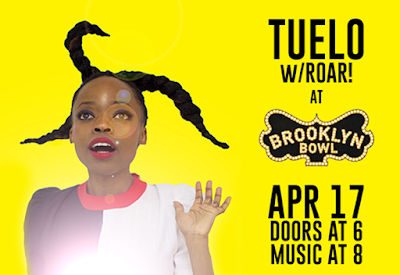 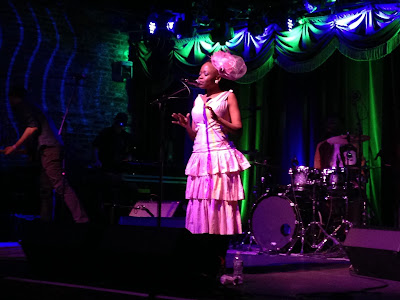 On Sunday night, the singer, who is based in New York, was backed by her band, Her Cousins and performed to one of the biggest spaces she has since moving to the Big Apple a few years ago. Performing at Brooklyn Bowl is never an easy task for any artist. With so much going on, it is part upscale sports bar, part restaurant and of course, a bowling alley. Yet, with all of the noise, commotion and activities around her, Tuelo, dressed in her Sunday best, managed to captivate everyone in the room.

Listen to Our South African Mixtape 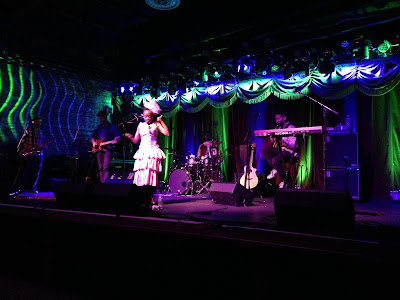 As a handful of people were in the concert area of the massive venue, she showed that the size of the crowd did not matter.  For her, it doesn't change her show if she is playing to 30 people or 30,000, Tuelo is always going to give the audience her all. Opening with the powerful "Saint Margret," an ode to her mother, the fans knew the tune and new ears perked up when they heard the massive voice come from the diminutive singer. 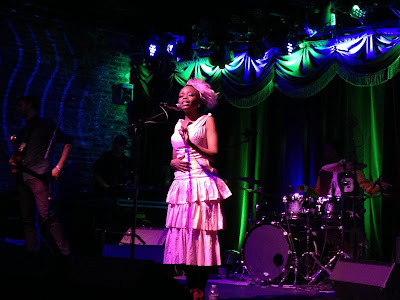 In the hour long set, the singer took listeners on a journey through her life. A journey that has lived through Apartheid, the hope of Mandela and the trans-continental hustle of moving to New York to fulfill a dream. Songs like "Bombs" and "Hurricane" will drive anyone to tears just on the songwriting alone, yet, when those words become music thanks to her vocal range, it leaves you spellbound. The music, which is a cross between traditional South African, jazz, rock, gospel, R&B and soul will leave you worshiping at the alter of the musical gods that a singer like this lives in our lifetime.

For someone who has spent the last few months playing small venues like Rockwood, the fact that she is now hitting bigger stages like Brooklyn Bowl is proof that her talent is a force to be reckoned with.

Move over Adele, the greatest living singer is here and her name is Tuelo.
Posted by Salvatore Bono at 8:54 AM