In the wake of Prince's death, his former backing band The Revolution have announced they will reunite for a series of concerts this year.

Deftones' Chino Moreno, Bad Brains guitarist Dr. Know, Medeski, Martin and Wood's John Medeski, Cro-Mags drummer Mackie Jayson, and Crosses bassist Chuck Doom have formed a band called Saudade. The band have released a debut single via BitTorrent. No word on when or if a debut album will arrive.

Noel Gallagher has told The Daily Star that he would welcome working with Damon Albarn on the forthcoming Gorillaz album. He said: "He’s making a new Gorillaz album and he’s got my number, so he’s only got to ask. There is talk of doing something but I’m not sure what it is." He then added: "I mean trying to get the two of us in the same room would be a fuckiing miracle. But I’m certainly open to the idea, for sure."

Bayside will release their new album, Vacancy, in August. Take a look at the cover, below: 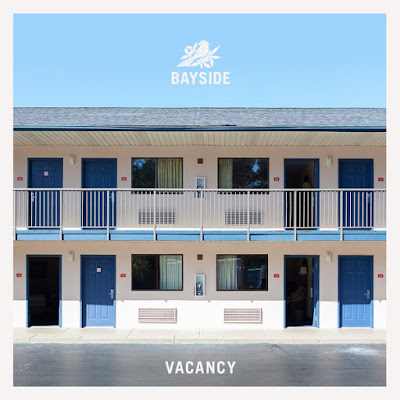 Posted by Salvatore Bono at 6:47 PM