To mark our 5 years as a site, we will be drawing up a few lists to share as to has influenced us, gotten us excited and of course, enhanced our musical experience. Here is a list of five artists that have shaped our styles and kept us coming back for more. We wanted to pick artists that really exploded within our time frame, of course people like Kanye West, Radiohead, Danger Mouse, LCD Soundsystem, Arcade Fire, Daft Punk, Jack White and countless others keep our attention and excitement high, but they have been well established and massive long before we were even around.
The artists we picked really exploded within the last five years, some have existed before, but it has only been the last few years that their acclaim and celebration has gone from small to large and keep on climbing. We wanted to find acts that have paralleled our rise, so without further ado, here are our picks... 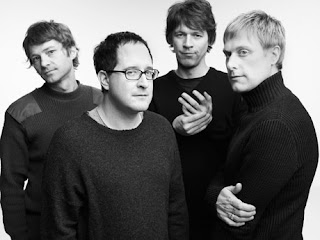 1) The Hold Steady
Whoever says rock and roll is dead is a liar or never listened to The Hold Steady. This Brooklyn outfit have been making music since 2004, but it was not until their breakout album, 2006's Boys and Girls in America where they gained the attention they truly deserved. The band are truly road dogs and slaves to their music and with high energy concerts every night, it is amazing to see them still function. The band have released five albums to date and each one proves their staying power and above all, proof that singer, Craig Finn is one of the greatest songwriters in the business today and at the rate he is going, he will be one of the greatest of all time. This is a band we have written countless times for and never fail to impress. Loosing track of how many times we have covered them in concert is a good thing, because they have failed to give a bad performance and still make us run back for more. 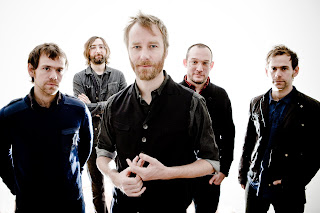 2) The National
Another band from Brooklyn that has had us at our feet. Much like The Hold Steady, they were kicking around the business for a few years but it was not until their 2007 breakthrough, Boxer that The National started getting on everyones radar. I still remember the first time I heard and saw this band, I was will correspondent Bill Reese seeing Arcade Fire at United Palace Theater in Washington Heights when this band with such a layered and vibrant sound were opening and their singer went from sounding like Lou Reed to Nick Cave in an instant. Before closing with their signature set closer, "Mr. November," they had saidwho they were and we were hooked. Again, another one of those bands that you just loose count as to how many times you have seen them but all you can remember is each show is better than the last. The band, who's moody and atmospheric sound sings of loneliness in the big city is something we can all relate to and something we have all faced. Constantly on the road and constantly playing their hearts out, The National will be marching to infamy at the rate they are going. 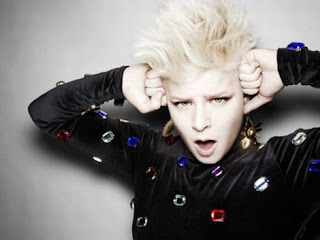 Pop music these days seems to be at a very low point, in fact, so low I lost hope in it ever being as good as it once was in the decades prior. Without people like Beyonce to really keep things happening and moving, you cannot count on anyone else and Lady Gaga at this point is not as original or forward thinking as the society that embraces her lets on, its all rehashed material we have all heard before. So with everything really resting on what the classic pop artists like Beyonce, Justin Timberlake and Madonna will do next, it seemed as if good pop was fading....
Then there is Robyn.
The Swedish singer who made a name for herself in the 90's with the massive song "Show Me Love," has totally re-imaged her sound and style. This all happened in the middle of last decade when she parted ways with her label and started Konichiwa Records and released her self-titled album. While the album gained her some attention from the indie community and her fans, it did not explode the way she hoped. Then 2010 came around and she released the massive three-part Body Talk series and changed everything for her and the genre. Inspired by heartbreak and hip-hop and linking up with people like Diplo, Snoop Dogg and Royksaap, Robyn proved that pop can be fun, clever and forward thinking like it was before. Though she is still not a household name, we reckon at the pace she is on, that will change. 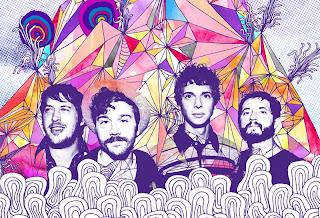 4) Portugal. The Man
The Portland, Oregon via Wasilla, Alaska progressive psychedelic outfit have been shape-shifting their sonic style since 2006 and have blown our minds every time. Portugal. The Man are the band we need for today and the band that we will be talking about for years to come. What they have done with sound is what Van Gogh did with paint generations before. They have managed to make us see color and make us feel something every time. Like a fine wine, Portugal. The Man just keep getting better with age and with their brutal tour schedule, they still find time to record and put out fantastic music that takes us to places only our parents know when they talk about listening to Pink Floyd or The Doors for the first time. 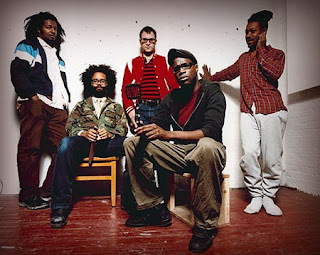 5) TV on the Radio
David Bowie is a fan of your music...you are set for life. You can sit back, relax and collect on that accolade for the rest of your career and lives. Yet, for TV on the Radio, they only got better and only got more important. Bowie took to the band after the release of the Brooklyn art-rockers sophomore effort, Desperate Youth, Bloody Thirsty Babes back in 2004, Bowie even appeared on their superb 2006 release Return to Cookie Mountain (A record we gave "League of Their Own" status to that year) and TV on the Radio still got better when they gave us Dear Science in 2008. While the band have had highs and acclaim, they also reached lows and tragedy, just this past year bassist Gerard Smith passed away and the band pushed on and honored his legacy, never stopping and never backing down. While the members of the band are now busy with multiple projects, they still know that the band itself is priority and we the listeners need to be blown away every time. There is no stopping their creative train and thank the heavens for that.

Posted by Salvatore Bono at 7:25 AM