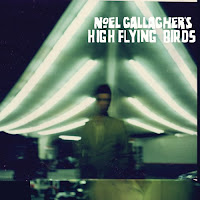 Noel Gallagher’s High Flying Birds
In the 1997 Oasis song, "Magic Pie," Noel Gallagher declared "But I'll have my way. In my own time. I'll have my say. My star will shine" Well, Mr Gallagher, your time to shine has come. Noel Gallagher's High Flying Birds has finally releasedtheir long awaited and much hyped debut, arriving just five months after hisbrother and former band mates in Oasis, now Beady Eye, released their debut, Noel has his rebuttal. Noel, who has always been the songwriting backbone of his former band, stands tall and stands proud on his own and it comes to no surprise to anyone who is a fan of this man.The songs, which all have their own Oasis flair to them are extremely lush and layered and brings some of Noel's best work in years. Reuniting with former Oasis producer, D. Sardy, Noel proves his longevity on his own and this is a must listen to any fan of rock and roll. With the Oasis split and the two brothers parting ways, it proves that Liam maybe the Rock star but it is Noel who is the true musician."
FINAL GRADE: A+ 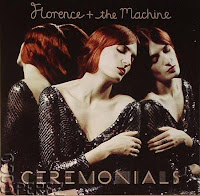 Florence and the Machine – Ceremonials
There are certain records that arrive on high expectations, mainly because their debut was so good; you just have high hopes for the follow-up. Albums like (What’s the Story) Morning Glory, Nevermind, Led Zeppelin II, Evil Empire, Low End Theory, Closer – the list goes on but these are records that defy the “Sophomore Slump,” of follow-up records. We can now say without hesitation that Ceremonials can be added tothat list. Wales’ Florence and the Machine second album not only stands on it’s own as a brilliant record, it blows their debut out of the water. Ceremonials is an epic, lush, layered, well produced sonic sounding album. Adding symphonic arrangements and Florence Welch’s massive voice raising to the points of an opera singer, Ceremonials is a testimonial to heartbreak, loss and the after-life, it is also a must listen to anyone who appreciates great music.
FINAL GRADE: A+ 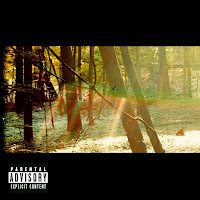 Hip-Hop has had a lackluster year, it really has and it needs a big pick-me-up, so when TV star Donald Glover aka Childish Gambino, who has built his reputation as a rapper the old fashion way by doing show after show, his long awaited debut, Camp is finally here and is one of the years best hip-hop albums. Poking fun at pop culture, his own celebrity and delivering it with such a raw intensity, Gambino’s raw appeal almost makes him out to be a hardcore singer rather than a rapper but as real and raw as it gets. His cadence and flow as an emcee is something to admire and something to keep an eye on, his career as a musician is taking off and before you know it, it will be Gambino that eclipses Glover.
FINAL GRADE: A- 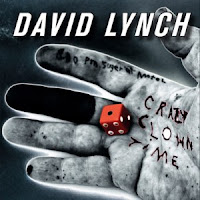 David Lynch like Donald Glover is more known for his work in on-screen entertainment rather than music. Lynch, who has achieved his acclaim as a cult film director now dabbles in music with help from Karen O., Lynch of course creates something we will find hard to understand but does a decent job at it. Lynch, who has always contributed to his film soundtracks now breaks out on his own. Of course it is a bit strange sounding…but would you expect anything else?
FINAL GRADE: B+

Dry the River – Weights and Measures EP
The London band that we have been constantly talking about the last few months arrive with another EP of Earthy tones and sounds and make us hunger for a full length so badly.
FINAL GRADE: B+
Joker - The Vision 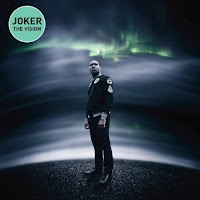 The English dubstep / grime artist who has been making a name for himself since 2008 finally releases his debut, The Vision via Hyperdub records. Joker takes dubstep into a much more darker and deeper place than most members of the genre have. In the young and quick growing genre, Joker proves he is no laughing matter and his vision for The Vision will only be the beginning.
FINAL GRADE: B+ 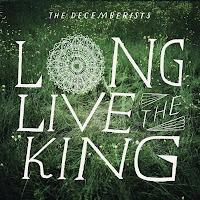 The Decemberists – Long Live the King EP
The second release from The Decemberists this year and it is the perfect companion to their brilliant, The King is Dead album. Colin Meloy and crew come back with their narrative style to keep fans smiling and close out a memorable year for the band. Long Live the King closes the story the band created with the LP and closes the books on 2011.
FINAL GRADE: B 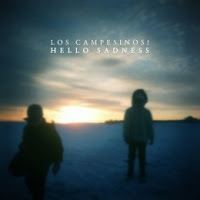 Los Campesinos! - Hello Sadness
The Welsh multi-member band returns with a follow-up to last years well received Romance is Boring. The band bring forth the same energy and flair they have in the past and for fans this is just a treat. Nothing really new on this but certainly one to enjoy.
FINAL GRADE: B-
Nils Lofgren – Old School 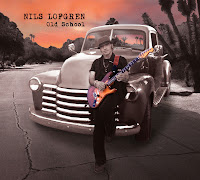 Springsteen’s guitarist goes solo again for a record that has been a few years in the making. Old School shows Nils’ songwriting chops but of course we enjoy it thanks to his brilliant guitar licks. Listen to our interview with Nils on Episode 3 of Officially A Podcast HERE.
FINAL GRADE: B-

The Golden Awesome – Autumn
This New Zeland art-rock took CMJ by storm last month and are ready for more attention. The bands debut, Autumn blends psychedelic rock and pop and melts it with something you can dance to. The Golden Awesome are a shining new artist from down under and will only burn brighter.
FINAL GRADE: B-
Posted by Salvatore Bono at 4:02 PM