Our 5 Year Anniversary! Thank You! 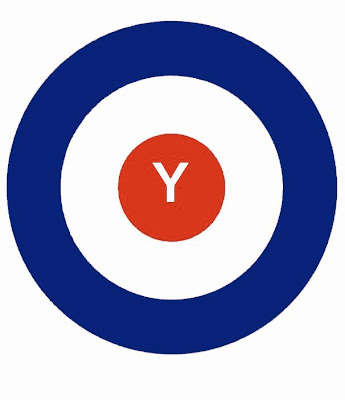 To think that five years has passed since this website was first started blows my mind. It sounds cliché but it is true, I started this website as a way to let friends of mine know what to listen to. I have always loved music, I still remember the first time I heard The Beatles or tried to moonwalk like Michael Jackson as a kid or put on sunglasses and think I was Bono. I always loved listening to music and hearing stories about music history and sharing tales with others about great bands and songs and turning people onto a new sound and being turned on by a new sound.

I took all of this and ran with it when I got to college. I was a DJ for my campus radio station and I also was also music director then program director at WQAQ at Quinnipiac University in Connecticut. After graduation, I was getting the same questions from former listeners to my show and fans and close friends as to what to hear, what to listen to and how a particular band in concert was. Feeling like I was constantly repeating myself, I opted to start a blog. For those that have been reading since the beginning you know it was the site www.salvatorebono.blogspot.com .

Just after a few months of starting the site in November 2006, one of my all-time favorite bands, Rage Against the Machine announced their reunion and I started writing news to the site and anything that interested me musically. In 2008, 90’s band Spacehog announced their reunion and I decided, “what the hell, ask them for an interview,” and so it happened. From there it was then finding any band that wanted to speak to me. For someone that had no idea what he was doing, I got lucky, my first interviews were with bands like Stellastarr*, Your Vegas, Thursday and in their first American interview – Glasvegas.

I never would have thought this would evolve into what it has become. From interviewing the likes of Henry Rollins, Yoko Ono, Peter Hook, Andy Rourke, Alan Wilder, Ian MacKaye, Bad Brains, Alec Empire, Portugal. The Man, Airborne Toxic Event, Incubus, The Vaccines and so on. In 2010 I was asked to write for Huffington Post and then The Spectator in UK and was also featured in the final Oasis album, Time Flies. This is all one big dream for me; to actually have a conversation with Liam Gallagher, speaking about Nirvana with Dave Grohl, doing push-ups with the guys in Nitzer Ebb backstage (yes, it happened and was hilarious), having and hearing The Heartbreaks dedicate their first New York appearance to me at Fashion Week or discussing something as simple as the weather in Chicago with Johnny Marr, never in my life would I have thought I would happen, but it has and I am extremely grateful and humble for all of it. Just this past year we launched Officially A Podcast hosted by managing editor, Bill Reese and it has expanded our audience and reach to a whole new medium and already it has taken off with special interviews with Nils Lofgren of the E-Street Band.

Officially A Yuppie is my love letter to great music. I get angry when I hear “music sucks today,” that statement could not be further from the truth. There are sounds out there that can shape anyone and I hope to provide that or point a reader in the right direction. To channel my passion of good music to your eyes and then iPods or whatever device you choose to listen to something.

So for those that has read it through the years, or just finding out about it, thank you. Thank you for reading my work and the work of my amazing (and very tiny but mighty) staff. A big thank you to all of the publicists, managers and of course, all of the bands for creating the wind that push our sails. It has been a fun and adventurous five years and I plan on having five and many more.
Thank you.
-Salvatore Bono
Owner and Editor - Officially A Yuppie
Posted by Salvatore Bono at 8:16 AM