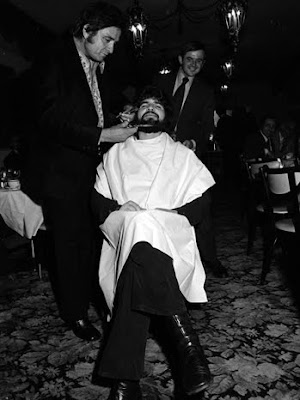 For anyone who listens to good music, you have Don Devito to thank.

The name may not hit you straight away like some of the artists he helped build the careers of, artists like Bruce Springsteen, Aerosmith, Billy Joel, James Taylor, Janis Joplin, The Byrds, Simon and Garfunkel, the list goes on. Yet, Don Devito was just as important to the music industry as George Martin was important to The Beatles. After a 16-year battle with Prostate Cancer, Devito passed away this Friday at age 72.

Don DeVito spent his career at Columbia Records from starting off like everyone else, at the bottom, as a trainee at CBS Records - which later became Columbia - and went on to become one of the label's most influential executives and producers. His most important contribution to the history of rock and roll would be manning the decks for Bob Dylan for his album, Blood on the Tracks, which is considered to be one of the greatest albums ever made.

In 2007 he retired from the business but still kept a major influence in the industry.

Don Devito is survived by his wife Carolyn and his two children, Marissa and James.
Posted by Salvatore Bono at 9:31 AM