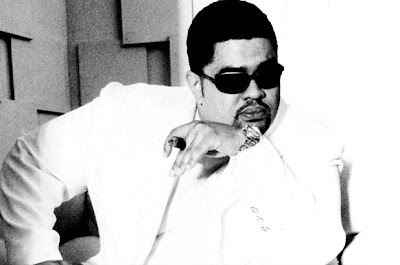 Sad news to report, Hip-Hop legend Heavy D has passed away at the age of 44. D, who was living in Beverly Hills was found unconscious on his walkway. He was pronounced dead on arrival to an L.A. Hospital, TMZ Reports.

Heavy D, who was known for fronting late 80's / early 90's outfit Heavy D and the Boyz had a string of hits including "Now that We Found Love." In a sad and bizarre twist, D's final Tweet yesterday was "Be Inspired." The final words he gave the world.

Thanks for the inspiration D, Rest in Peace.
Posted by Salvatore Bono at 5:24 AM