Now we begin, as we have done every Thanksgiving weekend for the last five years, the first of three year-end installments to congratulate, praise and look at the best albums of the year. Here is the first list, our HONORABLE MENTIONS category, a handful of records that did not crack our Top 10 but worthy of note. Next week we will bring our coveted, LEAGUE OF THEIR OWN award. Stay tuned for that but in the meantime, here are 2011's honorable album mentions. As always it is broken up into a quick list and then with explanations.
2011 Honorable Mentions (In No Particular Order) Short Form:
- The Horrors - Skying
- Glasvegas - /// EUPHORIC HEARTBREAK \\\
- Friendly Fires - Pala
- The Decemberists - The King is Dead
- Beady Eye - Different Gear, Still Speeding
- Chapel Club - Palace
Now with Explanations: 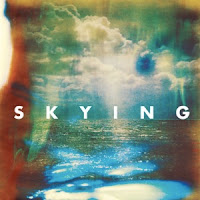 The Horrors - Skying
The British cold-wave / goth inspired band returned this year with album number three. Over the course of the bands five years together, they have managed to evolve in all the right ways. From their interesting debut, Strangehouse to 2009's Primary Colours, they were all stepping stones to lead up to Skying. The Horrors best and most beautiful work to date. An album inspired by everything great about 80's British music engulfed in a flair that only The Horrors can bring.
Key Tracks: Still Life, Ocean's Burning 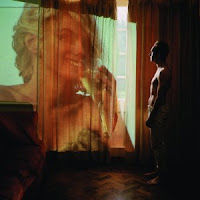 Glasvegas - ///EUPHORIC HEARTBREAK \\\
The Scottish band returns with a new drummer, one from Sweden in fact and producer Flood and gives a record of the tragedies of love. Inspired by Phil Spector's "Wall of Sound," Flood and the band added their own noise-rock flair to it and create a layered and lush record that will bring tears to your eyes. James Allen went from writing about his life and youth to his days as a rockstar and loosing the love of his life. Glasvegas' sound has gotten bigger and this record swells with emotion.
Key Tracks: Stronger Than Dirt (Homosexuality Part 2), Euphoria, Take My Hand 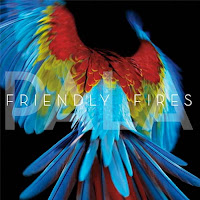 Friendly Fires - Pala
The British band returned with an album of island beats, electronic hooks and the years most colorful album. Pala is a record that sounds like New Order met up with Lee "Scratch" Perry and threw the years best party. What a ton of fun to listen to, Pala will have you moving and shaking for hours.
Key Tracks: Live Those Days Tonight, Blue Cassette. The Decemberists - The King is Dead
America's indie darlings returned this year with one of their finest albums of their long career. Colin Meloy and crew bring their literary lyrical sensibilities and add some joy to their serious music for a record of twangy / skiff-rock inspired music. The King is Dead is a record to celebrate life to and feel very much alive.
Key Tracks: Don't Carry it All, January Hymn 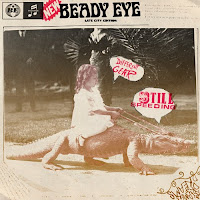 Beady Eye - Different Gear, Still Speeding
In the year that both Gallagher brothers release their post-Oasis solo albums, Liam brings the remaining members of Oasis to Beady Eye and the band go balls-to-the-wall full throttle on their debut. Taking inspiration from all areas of Britrock, Beady Eye stand tall and proud on their own. Different Gear, Still Speeding is the most appropriate title for this album, take the rock and roll fortitude Oasis had, crank it to 11 and enjoy.
Key Tracks: Kill for a Dream, Wigwam 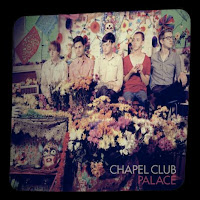 Chapel Club - Palace
One of our favorite debuts of the year, Chapel Club take their dark and moody British sound to the masses and do it right. Singer Lewis Bowman's introspective narrative coupled with the band's dreary and intricate sound, at the pace they are going, Chapel Club have a long and prosperous career ahead of them - Palace is proof of this.
Key Tracks: Surfacing, O Maybe I
Posted by Salvatore Bono at 12:12 PM