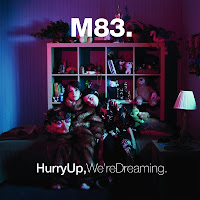 M83 – Hurry Up, We’re Dreaming!
Anthony Gonzalez, the shoegaze Frenchman also known as M83 with what could be his best work. Hurry Up, We’re Dreaming is adaring double-album effort that has Gonzalez exploring new territory and being not only wildly imaginative but also wildly daring. In a record that features everything from classical to newwave to electronic and his signature shoegaze influence, M83’s double album is farfrom boring or lackluster, it is one of the rare events that a double album is loaded with fillersongs, but continuous great music. Proving no limit to his sound and soundscape, M83 have given the world one of the most brilliant, clever, epic and forward moving records of the year. If this is the next big direction for music, we can all rejoice or say “Hurry Up, We’re Waiting!”
FINAL GRADE: A-

The Joy Formidable – The Big More EP
The Joy Formidable roar back with an EP of songs to compliment their massive year and debut, The Big Roar. If you are a fan of the band and looking for new music, then this is certainly a nice gift. If you still have not gotten on with this band, here is a great place to start.
FINAL GRADE: A-

Tom Waits – Bad As Me 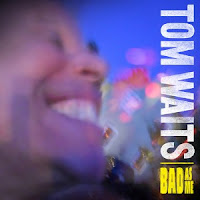 The baddest bastard in music returns! The poet puts his money where is mouth is on a record of new material since 2004’s acclaimed Real Gone. Waits serves up his signature raspy vocal style over minimal music but never fails to hit us with his brilliant sense of write and words. Bad as Me will go over well is fans and understand why such a long wait.
FINAL GRADE: B 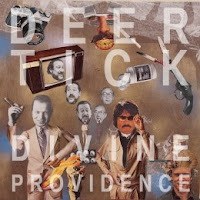 The indie darling return with a lush new album that is not only very good, it is also incredibly catchy. The Rhode Island band returns with their fourth album, an homage to their home state and city and still brings their mix of folk, blues and country but also show off horns and more layers to what they have delivered before.
FINAL GRADE: B 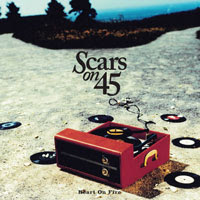 With a slow buzz building around this Yorkshire, English band, they give fans (old and new) a taste of what to expect in 2012. Heart on Fire is an EP that maybe small in number or length, but it certainly shows off the bands best assets. With talented songwriting and catchy playing styles, Scars on 45 will be a band to watch next year and this EP is a reason why.
FINAL GRADE: B

The DC rapper returns two years after releasing his much-publicized debut, Attention Deficit. Ambition is a firing hip-hop album and with a lackluster year for the genre, Wale flexes a big muscle in field. Ambition shows Wale hungry and ready for war and with help from producers like Diplo, T-Minus, Tha Bizness, Lex Luger and many more, it is proving why we should still have our eye on the young star.
FINAL GRADE: B 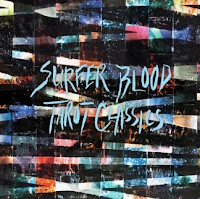 Surfer Blood – Tarot Classics EP
The Florida surf rock band returns withan EP to wet the pallet of fans that are waiting for album number two. With last years surf rock meets shoegaze great debut, Astro Coast, Surfer Blood displayed what their style is going to be and what they wanted to do as a band. They do that again with Tarot Classics and keep us excited for 2012.
FINAL GRADE: B- 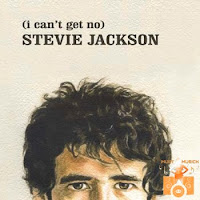 Stevie Jackson – I Can’t Get No (Stevie Jackson)
The Belle and Sebastian front man goes solo for the first time and his tongue-in-cheek fun goes with him. With his whimsical voice and clever lyrics, Jackson does pretty well for himself on album number one, however, like most solo records from popular singers from popular bands, he suffers the pitfall of sounding too much like his main project.
FINAL GRADE: B- 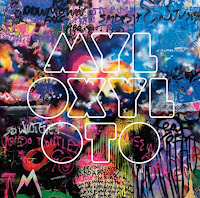 When U2 failed to capitalize on the success of certain albums like Rattle and Hum or Pop, the biggest band in the world felt like they had to re-audition for that position. For a band like Coldplay, who are right behind U2 in that area, a band that is loved the world over thanks to their stadium friendly powerful songs, with every record they try and outdo themselves. With Mylo Xyloto, Coldplay have failed to outdo themselves and instead they sound like everyone else, they, like their hero’s U2 had to at one point, need to re-audition for the position of “biggest band in the world.” Coldplay returns with another Brian Eno produced album that is shooting for the stars but fails to get there, with a record that not only sounds over produced; the bands sound is feels incredibly forced. Unlike their prior records, Parachutes, A Rush of Blood to the Head, Viva La Vida andeven arguably X&Y, they were the band making music all on their own, organically and without pressure. They did what they wanted to do and no one questioned it. With Mylo Xyloto, Coldplay sounds like the bands that are trying to sound like Coldplay, in fact, even with their unnecessary Rhianna collaboration, they sound EVEN MORE like any other band on the radio. While many of the songs have been test driven over the summer at festivals, the songs do come alive on stage and sound better, but on the record, where it matters most, Mylo Xyloto will become a forgotten record in the bands catalogue.
FINAL GRADE: C+ 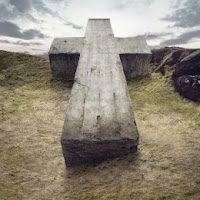 The French duo returns after keeping fans waiting for new material since 2007’s stellar debut, t (Cross), yet like the British band we just wrote about, they sound contrived, forced and uninspired. Audio, Video, Disco lacks the hard, crunching, glitchy, heavy-hitting sounds we have come to love from Justice, instead it sounds like Daft Punk B-Sides mixed with old Atari and Nintendo beats. We expected more and got less.
FINAL GRADE: C+ 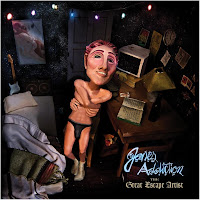 Jane’s Addiction – The Great Escape Artist
Jane’s returns with an album of new material since 2003’s Strays and finds the band, like many others in this roundup – uninspired. It is a sad sight when a band that has done so much for alternative and modern music has lost their zest, The Great Escape Artist hears the infamous LA band sounding like relics of themselves. Sure, Dave Navarro still shreds and sure Stephen Perkins can bang those drums but Perry Farell is simply loosing his vocal ability and range after years of work. With original Eric Avery leaving the band, again in 2009, the band recruited former Guns and Roses / Velvet Revolver bassist, Duff McKagan to join the band. Though Duff’s time with the band was short lived, he did contribute work to this record and for the rest of it, the band hired TV on the Radio musical mastermind and band’s guitarist, David Sitek to fill in on bass and produce the album. Though David is brilliant forward thinking musician, even he could fail to help Jane’s relaunch what they once were.
FINAL GRADE: C- 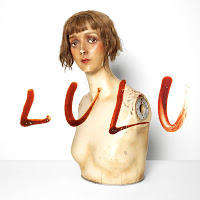 Lou Reed and Metallica – Lulu
Like Jay-Z and Kanye West’s decent team-up, Watch the Throne earlier this fall, it was more curiosity as to what the record would sound like rather than the actual idea of the two of them teaming up. For legends in their own right, Lou Reed and Metallica, the team-up was something not out of the blue but rather understandable after seeing the band and the singer play together at the 2009 Rock and Roll Hall of Fame Concerts in New York City. Yet, a full record of Lou and ‘Tallica or “Loutallica” rather, is a walk on the wild side. Lou plays master of puppets on this album as he sings while the band plays, it is not a Metallica record by any means, Lulu is a Reed record through and through and bizarre is the right word to explain it. To try and wrap your head around what they were trying to do will take longer than the near 90-minute runtime duration of the record (The actual length is 87:04).
FINAL GRADE: D
Posted by Salvatore Bono at 5:11 PM