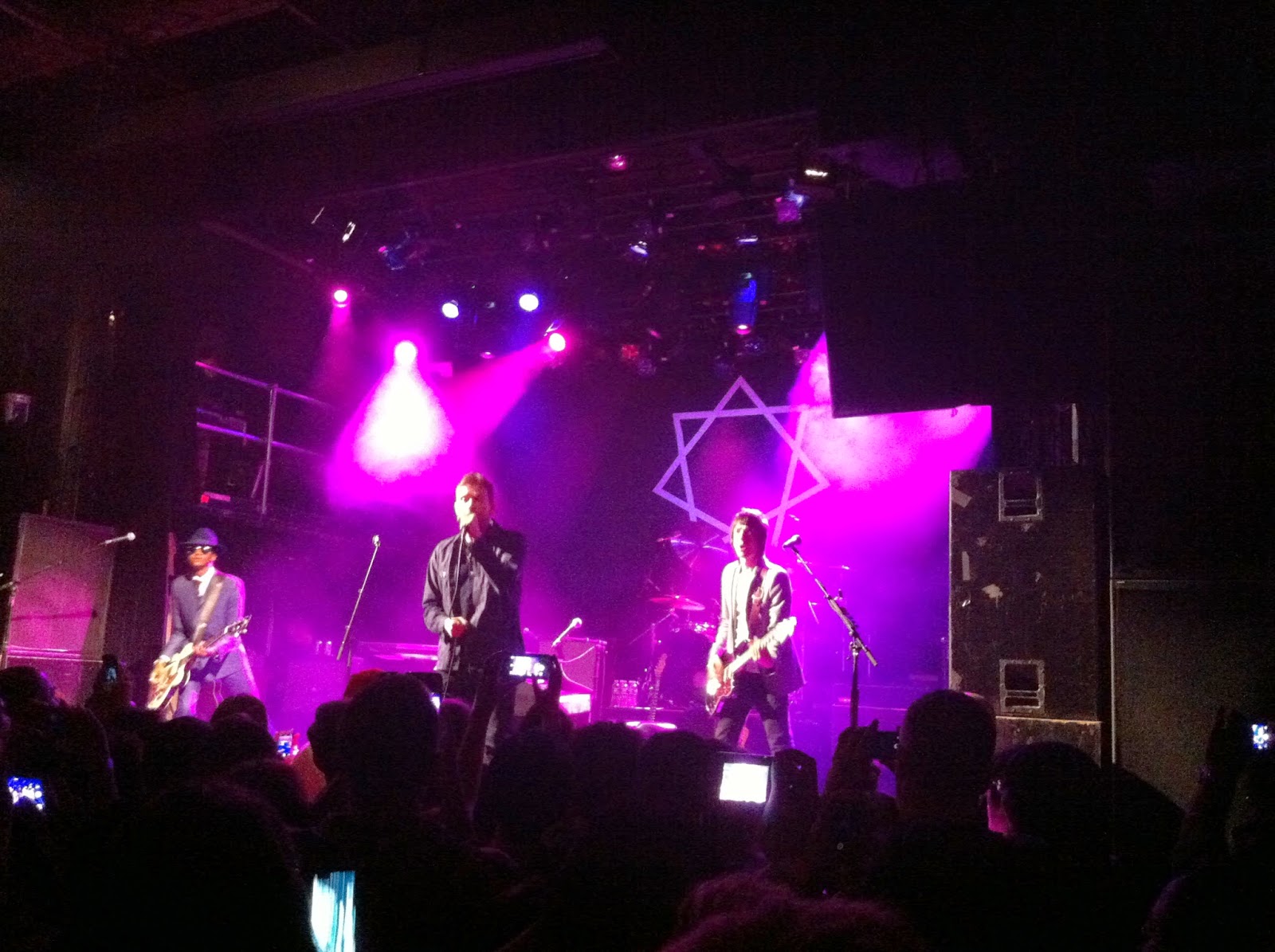 As the planet gears up for the World Cup to kick-off on Thursday, Damon Albarn brought a United Nations of sound to his sold-out Governors Ball after-party at Irving Plaza on Sunday night. While Albarn headlined the Ball on Friday, he went against 2014 festival favorites OutKast and might have felt that his time slot was not as ideal as he would have liked, which have been one of the reasons he agreed to do a separate show days later. His own show, no opener, no DJ to spin records and kill time before he came on stage. Just him. It was all Damon, all night and New York could not have been happier.

Around 10:30 p.m., Albarn and his band, The Heavy Seas, walked on stage to thunderous applause, the Brit smiled with his gold tooth shining in his mouth. The man carries enough swagger and confidence to fill a room, and it is no surprise, everything he has done from his work in Blur, Gorillaz, Rocketjuice & The Moon, Africa Express, The Good, The Bad, and The Queen, plus his two opera's and now, his solo debut, Everyday Robots, has been a gift for listeners and fans around the world.

Opening with "Lonely Press Play," from his latest, the crowd was singing along and taking out their phones (including myself) to snap pictures, which later became an ironic joke in his next song on the list, "Everyday Robots," where the opening line of the number is "We are everyday robots on our phones in the process of getting home." Fans wouldn't have to wait very long to hear Albarn play a song from one of his "other" bands. "I played this room once, about 20 years ago. I climbed the lighting rig and went into the balcony. Anyone here for that? Oh, three of you can attest to that," Albarn said before playing Gorillaz "Tomorrow Comes Today." As he took bottles of water and sprayed the crowd as if he was blessing them at Sunday Mass, an overjoyed Albarn was getting himself lost in his own sounds. It is those sounds though that have made him an international superstar. Taking African folk, dub, reggae, samba, soca, Britrock, hip-hop, Asian folk, electronica, gospel, and bleeding them all together.

In his career-spanning set, which included songs from nearly all of the bands he has been apart of, it was a concert with massive energy thanks to his Gorillaz tracks and reworkings of The Good, The Bad, and The Queen songs, but it was also filled with quiet, intimate moments. "The new record is a bit, well, mellow," Albarn joked with the crowd before playing, "You and Me." In 15-song main set, which feature the closing numbers of Blur's "Out of Time," and "All Your Life," the crowd was simply screaming for more as soon as Albarn and he band exited to the wings. After a brief break, they returned and jumped right back into the swing of things with Gorillaz's "Last Living Souls." Albarn then introduced Chicago rapper Vic Mensa who took over for Del the Funky Homosapien's  verses on "Clint Eastwood." With arms in the air and the crowd just going nuts, Albarn jumped into the crowd, which he had done at last twice earlier in the night, and pointed his mic for everyone to scream the chorus. As the song died down and everyone regained composure, Albarn introduced a gospel choir he met at SXSW from Austin, Texas, who came out to sing "Mr. Tembo" and "Heavy Seas of Love." As he and The Heavy Seas took their final bows and retreated again, this time way after midnight, no one in Irving Plaza seemed to care they had work the next day. They just witnessed one of music's great performers giving one of his greatest gigs.

Again, in a week where the world will come together to watch soccer's biggest superstars play for the planet's ultimate prize, music's very own "Special One" brought the world together in a very intimate place with the power of music.

Posted by Salvatore Bono at 8:42 AM