Prince apparently has two albums he is sitting on that do not have a release date. According to The Star Tribune, one album is with his band 3rdEyeGirl, and the other is under his own name.

Speaking to BBC Radio 1 in a documentary about his career, Q-Tip announced that he will be reissuing Tribe Called Quest's flawless 1991 album, Low End Theory, with bonus cuts and a possible alternative cover, which features a nude Naomi Campbell with the Tribe logo. He said, "We’re going to come to 25 years on Low End Theory pretty soon, and I’m going to put out a special edition. I’m announcing it here first to the world. I will be putting out a special edition 25th year anniversary album. We’re going to include all of the stuff you guys probably never heard, different mixes. And one of those songs I’ll include when we get to the Low End Theory is this song that we did – I think it was called “Silence” and Leaders of the New School were on it.

Q-Tip also discussed his forthcoming solo album, The Last Zulu and said it is "The evil twin of Tribe," and was influenced by Miles Davis, Beach Boys, and Pink Floyd.

Speaking to Gigwise, Luke Pritchard of The Kooks opened up about the band's upcoming LP, Listen, which is due in September. The Kooks apparently have such a drastic new sound, according to Pritchard. He said, ""I think of this album as a debut album. We could have renamed the band, it felt that different. The first three albums were chapter one, this album is the first of chapter two. You know what? We don't to be an indie band, we never wanted to be an indie band. We want to reach a broader spectrum musically. I played a few songs to the label, and they were like 'fuck wow'. I thought it would be the opposite. I thought it was more avant garde - and that's where I wanted to go."

According to NME, My Bloody Valentine will return to the studio this fall to create an EP of new material.

Taking to Facebook, Carl Barat has shared a new picture of The Libertines with the caption, "Happy Togetaaaah." Take a look at the photo below: 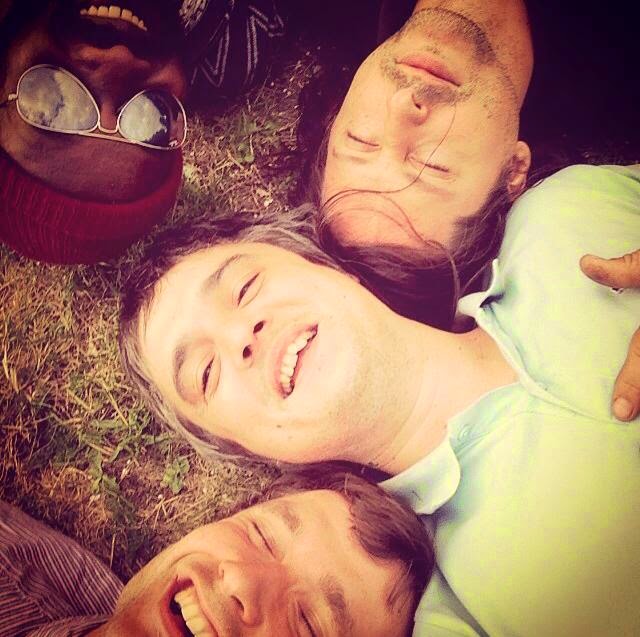