Recommended Reading: Hammer of the Gods 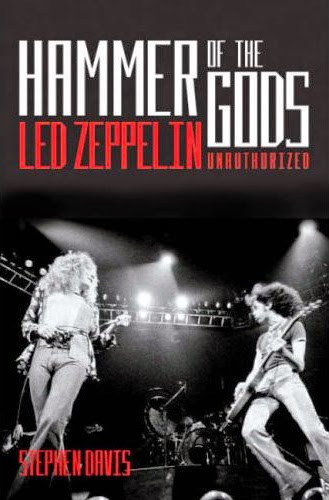 While this month see's the epic reissue of Led Zeppelin's first three albums, it puts one of the greatest bands of all time back in the center stage where they belong. The story of Jimmy Page, Robert Plant, John Paul Jones, and Jason Bonham is the stuff of legend. In 1985, journalist Stephen Davis, who toured with the band in 1975, released the unauthorized biography of the band, Hammer of the Gods.

This book is one of the best documented stories of Zeppelin, from their formation, inside look into their touring and recording, and their end after the passing of Bonham in the early 80's. After all of these years, Hammer of the Gods is hailed as the definitive Zeppelin book and until we get Page's autobiography later this year, it will remain on top as the best book written by the musical force that was Led Zeppelin.
Posted by Salvatore Bono at 6:42 PM