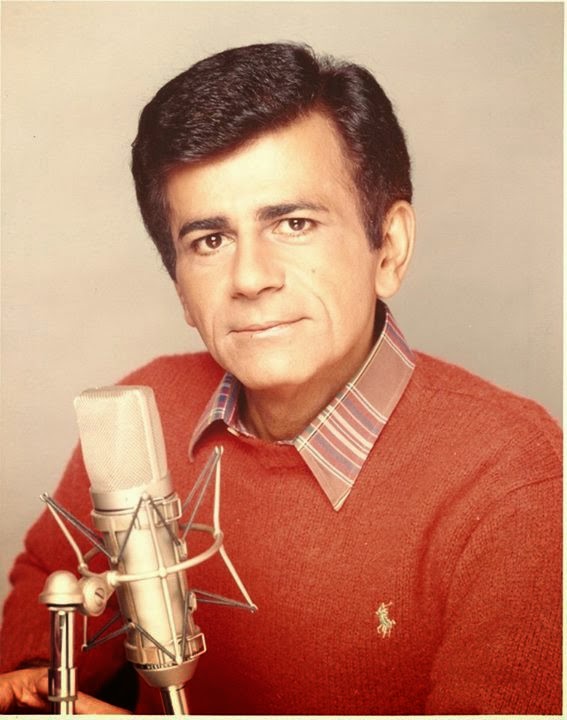 Sad news to report, the voice of American radio has been silenced. Casey Kasem passed away after a long battle with Parkinson's Disease and dementia. He was 82.

The Detroit born, Kemal Amen Kasem, who went by the name Casey, would start the Sunday morning radio-cast "American Top 40," which still goes today, hosted by Ryan Seacrest. Kasem was also the voice of Shaggy on the Scooby-Doo series.

For many, including myself, Kasem's voice and passion for music was a way to see and hear not just the sounds the artists he played put out, but to hear that there is more. He made America understand that the soundtrack to their generations is just as important as a painting hanging in a museum. He will be missed.

As he always said when he signed off each broadcast, "Keep your feet on the ground and keep reaching for the stars." It is now among the stars Kasem will be. May he rest in peace.
Posted by Salvatore Bono at 8:53 AM