Brad Wilk's name is synonymous with power. From drumming in Rage Against the Machine, Audioslave, and on Black Sabbath's latest record, that man can do anything he wants. So, what would make him want to tour the country in a small van, play tiny clubs for little-to-no money and live like an up-and-coming rock star? The answer is Delila Paz and Edgey Pires. The duo who make up The Last Internationale. The band, which formed last year and features Long Islanders Paz and Pires on vocals / bass and guitar, respectively, take a social and political stance with their music that goes to 11. Wilk, who initially joined the band as a studio drummer is now on the road with them and is a full time member and will release their Brendan O'Brien-produced debut this August. To prep for the occasion and get ready for the summer ahead, The Last Internationale performed to a sold-out crowd at New York's Mercury Lounge. 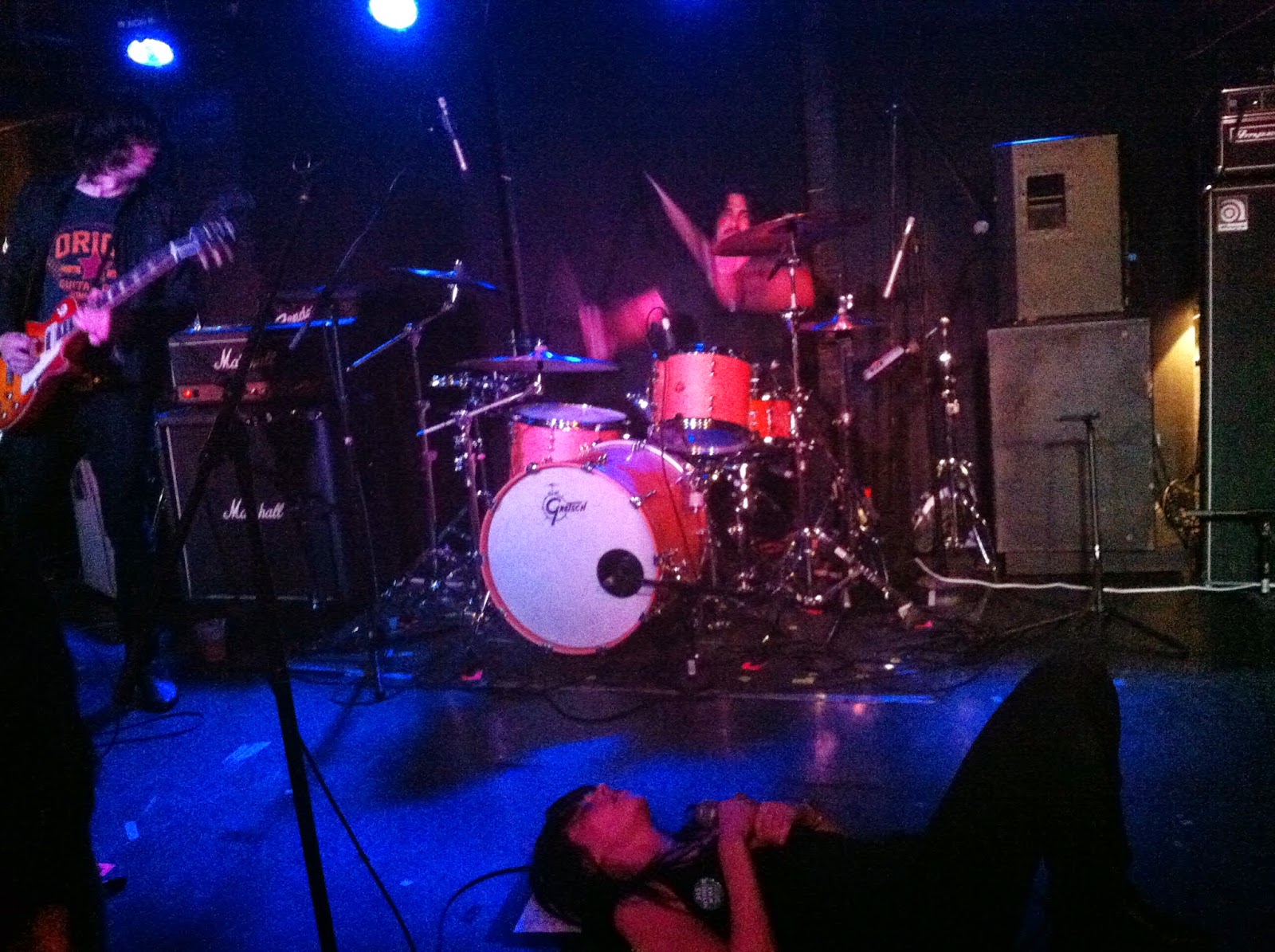 Hitting the stage for an early show at 8 p.m., the trio walked on to thunderous applause before even hitting the opening notes to "Killing Fields." Straight away it was evident that this was not just some band with a celebrity drummer, this is a full on working machine that functions on three equal measures and can blast the people out of any room. Paz's voice is a cross between Grace Slick and Patti Smith and her thick bass grooves echo that of Jefferson Airplane with a proto-punk feel. Pires' guitar work is outstanding, it was as if he was born to be a rock star and no need to explain Wilk, these three bring new meaning to the term "power trio." Paz, who is as beautiful as she is powerful, has the spirit of Joe Strummer in her lyrics and the stage presence of Debbie Harry. She captures the crowd with her raw energy and charm while never missing a beat. For the nine songs they played, it was enough rock and roll to make any ever question if the genre was dead, and clearly those who did think it was need to be reeducated. With songs like "Fire," "We Will Reign," and "1968," it only makes us wait impatiently for this debut, because if they sound as good on record as they do live, The Last Internationale may have made the debut album of the year.
Posted by Salvatore Bono at 8:17 PM