Recommended Reading: Left of the Dial 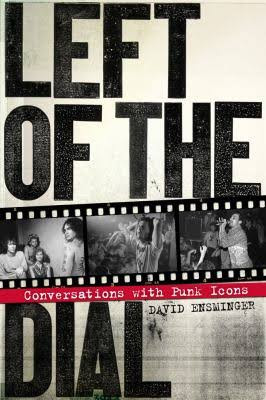 Music journalists have very fascinating lives and even more interesting conversations with the artists they are writing about and speaking with. In 2013, journalist David Ensminger released Left of the Dial, his full, unedited transcripts of interviews he did with artists from Ian MacKaye, The Damned, Youth Brigade, Mike Watt, Jello Biafra, Circle Jerks, The Dicks and a slew of others. The book is extra special since it comes from a man who was one of the leading writers and figures of the early punk underground. As his career rose, so did the artists he spoke with who helped pioneer the sounds and genre.

Unlike most books on the scene, this one is a compilation of interviews from people then and now and seeing what they were like before and after and sometimes during the heyday of music and touring chaos. Left of the Dial is a read for any fan of punk and DIY.
Posted by Salvatore Bono at 7:43 PM