Movie of the Month - Orphic Triology 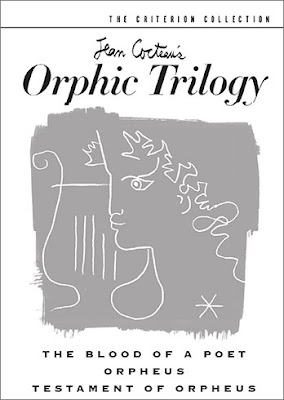 French filmmaker Jean Cocteau was one of cinemas great experimenters and creative minds. Before Fellini, long before Spielberg, Cocteau dreamed of what was outside the human life and outside the forces that sustain us. In his epic 30-year spanning Orphic Trilogy which features 1930's The Blood the Poet, 1950's Orpheus and 1959's Testament of Orpheus, the filmmaker explorers the connection between an artist and his creations, even questioning himself and his own work through the process. The first film explores a poets connection between life and death. The second film deals with how a struggling poet deals with his family and temptations while facing his struggling career. In the final project, Cocteau travels through time in a quest for divine wisdom. The trilogy uses primitive film effects that would eventually inspire the team behind The Matrix films. Cocteau's storytelling would eventually go on to inspire the work of nearly every famous auteur in film. Nearly a century after The Blood of a Poet's release and it's sequels, Cocteu's work still dazzles the minds of young artists everywhere.
Posted by Salvatore Bono at 8:51 AM