Speaking to BBC Radio 1, Jamie xx has confirmed that The xx will release new music next year. He said: "We start again in the studio tomorrow up until Christmas. It's going well and we're just enjoying it. We've been doing it for so long now. I'm really looking forward to wrapping that up as well."

Adele spoke to Zane Lowe about her new album, 25, and says she is sticking to her signature sound. The songstress said: "Sometimes I wish I had it in me to attempt to evolve record by record like legends do. But I don’t think I could pull it off. There’s only one Madonna." She also spoke about the songs, saying: “The love songs on this record are about overcoming obstacles in relationships. And that’s actually the best feeling in the world."

Wolfmother will release their new album, Victorious, in February. Singer Andrew Stockdale spoke to Billboard about it and said: "I listened to it yesterday, or a couple of days ago, played it to a friend and just seeing people really freak out over 'Victorious' and seeing the way it hits them – the beat and the chorus – it’s almost like having a second life now, and it’ll have another life as well when it comes out. I’m digging it. I’m cool with it."

Bayside have confirmed they are writing their new album. No release has been set.

The long awaited Freddie Mercury biopic will begin filming in June with Ben Whishaw is set to play the late singer.

While Straight Outta Compton dominated the box office when it arrived in August, the soundtrack will finally be released in January when the movie comes to DVD.

David Bowie will release his new album, Blackstar, in January. Take a look at the cover, below: 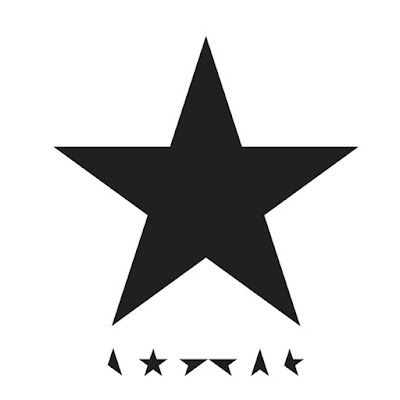 Watch The 10 Minute Short Film Bowie Made for the "Blackstar" Music Video
Posted by Salvatore Bono at 5:38 PM