Joining Beyoncé, Noel Gallagher, Brian Eno, and Blue Ivy on the new Coldplay album, A Head Full of Dreams, is President Obama. The band are sampling his performance of "Amazing Grace" for the song "Kaleidoscope." Chris Martin told The Sun he used the song because "of the historical significance," and because of the line "I'm lost but now I'm found."

Following a five year hiatus, The Coral will return next year with the new album Distance Inbetween, arriving in March.

Pusha  T will release his new album Darkest Before the Dawn next month.

David Bowie's new album, Blackstar, or ★, as it is supposed to be called apparently, has been inspired by Kendrick Lamar. Speaking to Rolling Stone, longtime Bowie producer Tony Visconti said: "We wound up with nothing like that, but we loved the fact Kendrick was so open-minded and he didn't do a straight-up hip-hop record. He threw everything on there, and that's exactly what we wanted to do. The goal, in many, many ways, was to avoid rock & roll." LCD Soundsystem's James Murphy also played percussion on two songs. The record arrives in January.

Wolfmother are returning next year with Victorious, take a look at the cover, below: 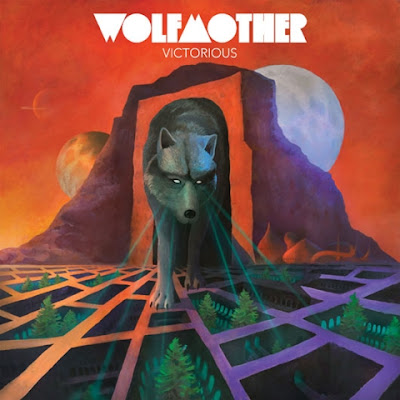