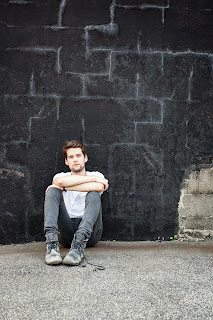 Matt Hires is a name that has not shocked the music world...yet. This Tampa, Florida, native has been making a name for himself in cafes around the country and after linking up with Atlantic Records and touring this summer with rising British sisters, The Staves, Hires is soon to be a household name. In August, he released his clever titled, The World Won't Last Forever, But Tonight We Can Pretend to rave reviews. We spoke to Hires about his career, his music, and where he is going. Take a look at our interview below:

You have been influenced from everyone from The Band to Ryan Adams, what is it about these artists and those in between that made you want to pick up a guitar and become a musician?

When I first picked up the guitar and started writing music I was 16 years old and really into a lot of the pop/punk and emo stuff that was going on at that time. I gravitated towards Dashboard Confessional because there was something that my 16 year old self identified with is his songs. They were about falling in love and getting your heart broken, but I think the thing that really drew me to the songs was the honesty that I heard in them. Once I started delving into artists like Bob Dylan and Tom Petty and Ryan Adams, I realized that the same thing drew me to those songs, too. Just good, honest songwriting.

How would you describe your music to someone that has not heard of you before?

Hailing from Tampa, Florida, what is the music scene like there?

I honestly can't give an accurate answer for what the current climate of the scene is right now. I tour so much that I play other places a lot more than I play at home. But it was a good scene to grow up in. There were never tons of bands, but between Tampa and Orlando, there was a group of us that were all very supportive.

How much has Tampa influenced your work?

It's hard to say. I really love Florida, and I love my home, but I'm not sure if my music would be all that different if I had grown up somewhere else. On the other hand, a lot of my early songs were written on the beach or on this bridge over Tampa Bay called “the causeway”. Maybe there was something about just being there that affected the way I write songs and make music. There are several references to Florida in the songs on my new record.

Your new album is called “This World Won’t Last Forever, But Tonight We Can Pretend” how did you come up with the title?

It just felt right. I'm usually not very good at naming things, and I had a list of about 30 possible album titles that I was sifting through. Then one day I was listening to one of the songs on the record called “Dead Stars”. That line is in the bridge of the song, and it stuck out to me because it lined up with a lot of reoccurring themes throughout the album. It just felt right.

What did you do differently on this album that you have not done before?

I spent less time in the studio. I made the album with the same producer as my first full-length record, Eric Rosse, but this time we didn't have as much time to make it. I feel like that ended up being a good thing because we didn't over-think anything. We just dug into the songs and let them be what they wanted to be.

You are the first artist signed to Atlantic Records F-Stop imprint, do you feel any pressure as an artist being given that opportunity?

Well, there's always a little bit of pressure when a record company is investing money and time into your music, but F-Stop/Atlantic has been good to work with. I signed with them in 2008, and I was still fairly inexperienced. I've really been able to grow and develop as an artist and songwriter and performer since those early days, and I'm happy they've given me time to do that.

You have opened for people like Dave Matthews, Paulo Nutini, and Matchbox 20, what do you learn from going on tour with artists of that level?

I've been able to be a part of a lot of great tours, and I've learned new things about performing from each one. From small club tours to large venue tours, like the one I just wrapped up with Matchbox Twenty. From playing solo with just an acoustic guitar to full-band shows. I'm always trying to get better and better at the live-performance aspect of what I do, and touring with some of those well-known artists definitely helps.

Which do you prefer playing – the big arenas or the intimate venues?

There are things that are awesome about each. I do find that it's easier to play the bigger venues, oddly enough. I think the intimacy of playing a small club and being able to actually look people in the face when you sing can be a little bit unnerving sometimes. It can also make shows more special, though. But there's nothing quite like playing to a few thousand screaming people.

What is next for Matt Hires?

Above Photo by Reid Rolls
Posted by Salvatore Bono at 8:13 AM