Great Soundtracks: Above the Rim 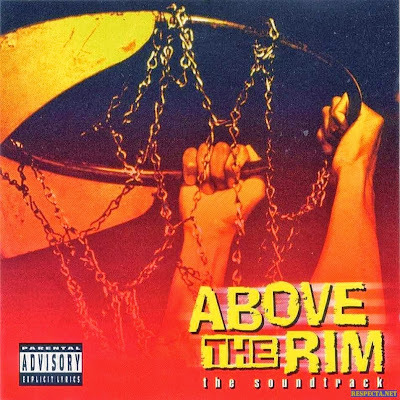 In 1994, Tupac Shakur was at the height of his career and what a successful career he was. Not only was he the most successful solo rapper at that time, he was also an acclaimed actor starring in films like Juice, Poetic Justice and Above The Rim. The film, which centers around choices in the inner city for a high school basketball star put Tupac to a whole new level. As an actor he had no boundaries and was acceding as the "bad boy," but his characters had dimensions and levels, Above The Rim showcased that as he was a hustler trying to get the basketball star out of school and propel him into fame. While the film was a success both critically and commercially, it's soundtrack was one that made history.

It was the first time Tupac had signed on to Suge Knight's Death Row Records and while Knight served as Executive Producer, Dr. Dre was the album's Supervising Producer and it stayed at #1 on the R&B charts for 10 weeks. A rather impressive, but difficult task for anyone, let a lone a soundtrack. Featuring music from Tupac, SWV, Dr. Dre, Tha Dogg Pound, 2nd II None, the album was propelled by the timeless classic "Regulate" from Warren G & Nate Dogg. 19 years later, this still remains an defining R&B / hip-hop cross over and echoes what the sound of a decade and generation before had.
Posted by Salvatore Bono at 5:13 PM