Congrats to James Blake as he took home the 2013 Barclaycard Mercury Prize for his brilliant 2013 LP, Overgrown. The Mercury Prize is awarded to Best British Album of the year.

Speaking to Q magazine, Elbow frontman Guy Garvey announced the title of his band's forthcoming 2014 album. The album will be titled, Carry Her Carry Me. He also said much of the album was inspired by New York City, "Walking around New York I feel like my antennae are up. My ears are open for snatches of beautiful conversation. In Manhattan, it just feels like all the time, any second, somebody's going to utter that thing that changes the world."

Motorhead may have just released a new album, but they are canceling their current European tour so singer and frontman Lemmy Kilmister so he can recover from illness.

Stevie Wonder confirmed that 2014 will feature a new album from the iconic singer / songwriter. It will be Wonder's first album of new material in over eight years and says the record is influenced by his love of hip-hop. Speaking to the Associated Press, Wonder said, " "I listen a lot to rap, and I'm inspired to take it, to use it in another way, to get the message across."

As we approach Friday, we are learning more and more about the new Action Bronson / Party Supplies mixtape, Blue Chips 2, will be released then. Earlier this month, Bronson released the tracklisting and yesterday, they released the trailer. Now, they have unleashed the awesome album cover, take a look: 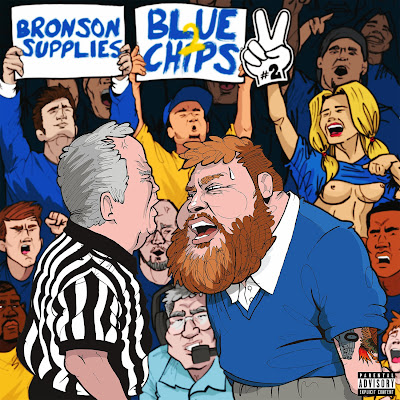