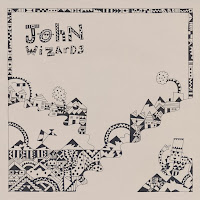 John Wizards
Once is a while an album comes along and makes you remember why you are in love with music, the debut LP from South Africa’s John Wizards is that album. Much like their contemporaries, BLK JKS, John Wizards combine African drums, hip-hop, trippy electronica, ambient, shoe gaze, rock, new wave, and so much and manage to filter it through in a way that doesn’t sound over produced, over saturated and most importantly overdone. This band is the brain child of Cape Town’s John Withers who linked up with Rwandan singer Emmanuel Nzaramba to craft this unique and very creative sound and vision. The album plays like the soundtrack to the dreams you have at night and feels as if you are on a cultural and psychological journey with the musicians as they travel from one form of music to another. If you love music, this is an album you have to hear.
FINAL GRADE: A

Paul McCartney – New
Sir Paul can’t do any wrong, especially in his old age when he can just tour because he feels like it, play with whoever he wants because he can and most of all do whatever he wants because of who he is. So, at 71, the fact that he is still crafting pretty awesome music says that he cares just as much about his craft as we care about his songs. New is his latest solo offering that hears him delivering some of his best hooks since he was in, you know, that band from Liverpool that changed the world. New is classic Macca but it is also a fresh listen, it is more than just “another Paul McCartney” record, it is, an event.
FINAL GRADE: A- 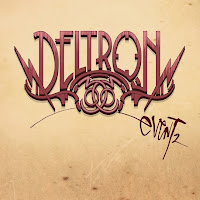 Deltron 3030 – The Event II
After a 13-year hiatus the hip-hop collective of Dan the Automator, Del the Funky Homosapian, and Kid Koala return with their much-anticipated new album, The Event II. While, Deltron’s self-titled 2000 LP was a groundbreaking sci-fi hip-hop concept record that clearly was an inspiration to people like Damon Albarn and Jamie Hewlett when they formed Gorillaz, the influencers have now become the influenced. While, The Event II lacks the ingenuity of its older predecessor, it still delivers clever and surprising twists. Packed with an all-star cast of Albarn, Zach de la Rocha, Joseph Gordon-Levitt, The Loney Island, Black Rob, Jamie Cullum and more, The Event II is still a worthwhile listen.
FINAL GRADE: A- 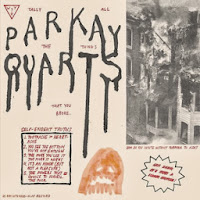 Parquet Courts – Tally All The Things That You Broke EP
Parquet Courts are a Brooklyn buzz band that have been making waves since touring with fellow Brooklyn rockers, The Men, earlier this year. After capturing the attention of critics and audiences around the country, the band have now become new “it” boys in Europe and the release of their new EP, Tally All The Things You Broke affirms that they are more than just hype. Parquet Courts are the next great rock and roll band from New York City.
FINAL GRADE: A- 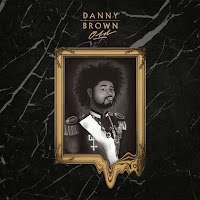 Danny Brown – OLD
The Detroit rapper returns with his latest offering, OLD, and while he still can’t seem to take himself seriously, it proves that Brown doesn’t care about image, rap style, and flow, he just wants to have fun. This album is filled with party anthems and bumping beats that will be a hit anywhere it is played.
FINAL GRADE: B+ 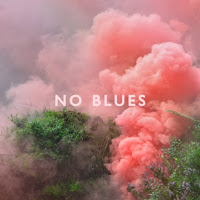 Los Campesinos! – No Blues
The chaotic Welsh five-piece returns with their fifth album and while the noise and clatter that the band have created over the years has matured, No Blues, maybe one of the bands most focused efforts to date.
FINAL GRADE: B+ 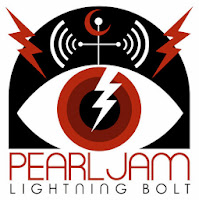 Pearl Jam – Lightning Bolt
After firing off two back-to-back albums, 2006’s self-titled epic and 2009’s superb Backspacer, Pearl Jam return with their 10th studio album, Lightning Bolt. Given the name Lightning Bolt and the first single, “Mind Your Manners,” it seemed that the gods of Grunge were going to be crafting a brutal, neck breaking and spine tingling rock and roll epic, however, Lightning Bolt, while still a rock epic in it’s own right, is not the whiplash we thought we were getting. The album is one of the most established of the bands tenure. It features a plethora of rock hits but also displays a very tender side of the Eddie and the boys, including a cover of Vedder's solo track, “Sleeping By Myself,” but lacks some of the energy that those last two near-flawless albums had.
FINAL GRADE: B+ 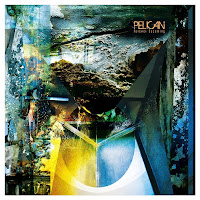 Pelican – Forever Becoming
Chicago’s post-metalheads return with their fifth album and it truly is their darkest, angriest, and heaviest to date. Forever Becoming is the first Pelican LP to not feature  guitarist Laurent Schroeder-Lebec due to his 2012 departure, it is the first album however, to feature Dallas Thomas on guitar who clearly brings more strife to the strings. Fans of this band will be into the album while outsiders will certainly embrace it and be blown away.
FINAL GRADE: B+ 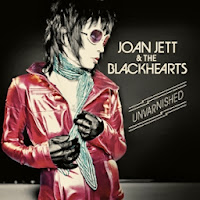 Joan Jett & The Blackhearts – Unvarnished
The queen of rock and roll returns with her 10th studio album and with age comes wisdom as she shows the kids how it is done. Linking up with Dave Grohl brings a different edge to the mix for this album but it is still all fun and all play for Jett.
FINAL GRADE: B+ 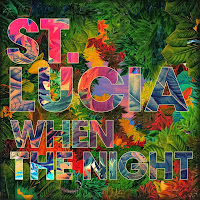 St. Lucia – When The Night
The Brooklyn via South African Jean-Philip Grobler aka St. Lucia's long awaited debut When The Night has finally arrived and it was worth the wait. A textured, colorful, well layered vibrant LP that blends various cultural music, sounds, and tones together that makes you simply want to dance, run around in circles, and hug everyone around you like you were on X (not that we condone that sort of thing – the X that is).
FINAL GRADE: B+ 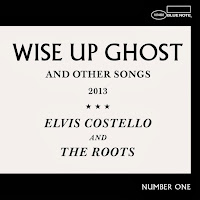 The Roots & Elvis Costello – Wise Up Ghost
The collaboration between the hardest working band in hip-hop and the greatest nerd rocker to ever live may seem a bit odd at first and why shouldn’t it? The Roots, while versatile are not known to appeal to Costello’s audience and vise-versa but that is exactly why this collaboration works so well. Wise Up Ghost hears two titans of their craft hard at work feeding off each other and showcasing that the possibilities are endless.
FINAL GRADE: B

Cults – Static
The hyper indie duo return for their second record, Static, and with so much anticipation behind it, they fail to disappoint and craft another party starting LP that will have you dancing for hours.
FINAL GRADE: B 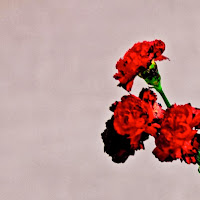 John Legend – Love in the Future
The piano man with a vibe and sound as smooth as silk returns with Love in the Future. This being Legend’s fourth album and first album of full new material since 2008’s Evolver. With collaborations from Kimbra, Rick Ross, Stacy Barthe and Seal, Love in the Future is as sexy as it sounds.
FINAL GRADE: B 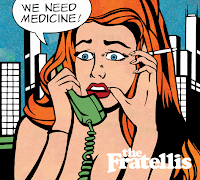 The Fratellis – We Need Medicine
We Need Medicine is the title of The Fratellis third album and comeback record, it is also what many are chanting in the streets these days after the big push for Obamacare. While we are being cheeky, so are The Fratellis, it is so refreshing to have the Scottish garage rock trio back and Jon Fratellis incredibly catchy lyrics, hooks, and chorus that make you want to sing-a-long with your mates in a pub. Welcome back boys, we missed you dearly.
FINAL GRADE: B 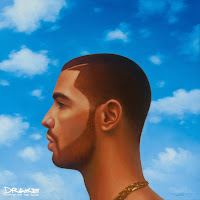 Drake – Nothing Was The Same
The Canadian rapper, R&B, actor, model, etc., returns with his third album and while his rapping is still horrendous, what Drake does on Nothing Was The Same is show his softer and tender side. The R&B tracks on the album, especially the global smash, “Hold On, We Are Going Home,” is proof, at least to us, he should be singing more instead of trying to act hard in his rhymes. Nothing Was The Same might be the best album of his career.
FINAL GRADE: B 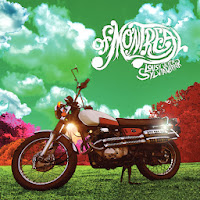 Of Montreal - Lousy with Sylvianbriar
The 12th studio album from the Georgia art rockers was produced by the bands front man Kevin Barnes, who also wrote and arranged all the tracks and is through and through an Of Montreal record.
FINAL GRADE: B- 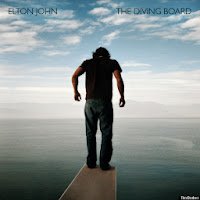 Elton John – The Diving Board
The bitch is back with his 31st(!!!) studio album. While John has explored everything in his music from love, sex, sexuality, relationships, fame, he still has the desire to churn out new material and while we appreciate that, we just wish it was a little more lively. The Diving Board is The Rocket Man’s most piano driven album as well as his slowest and at points it makes us feel we need jump off that diving board ASAP.
FINAL GRADE: C 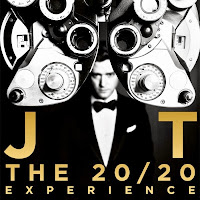 Justin Timberlake – The 20/20 Experience Part 2
After releasing the ambitious but often times murky 20/20 Experience Pt. 1 earlier this year, Justin returned with the second part of the album. While the songs are still unnecessarily long and pretty much at the same style as the tracks on part 1, it makes us wonder why he just didn’t release this as a B-sides album, because that is really how it plays.
FINAL GRADE: C 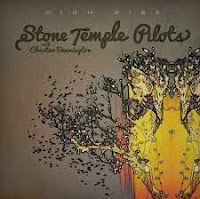 Stone Temple Pilots with Chester Bennington – High Rise EP
When STP first broke-up in the mid 90’s the Deleo brothers and drummer Eric Kreitz formed Talk Show with Dave Coutts and it sounded like STP with another guy. When STP broke up again in the mid 2000’s they formed Army of Anyone with Richard Patrick from Filter and it sounded like Richard Patrick with STP. Now, they have formed a new band under the STP banner with Linkin Park's Chester Bennington, no matter what they want to call it – it is simply not Stone Temple Pilots without Scott Weiland. It is not Bennington’s fault he is stepping in for one of his heroes but this combination trying to be the band they were is simply embarrassing.
FINAL GRADE: D 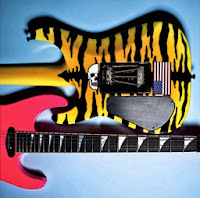 Sleigh Bells – Bitter Rivals
The third album from the popular noise pop band simply sounds like nails on a chalkboard. It is any wonder how this band manages to sustain a career while making very, very, incoherent and unlistenable music and ironically enough, Bitter Rivals was supposed to be their most melody packed album.
FINAL GRADE: D
Posted by Salvatore Bono at 7:37 PM