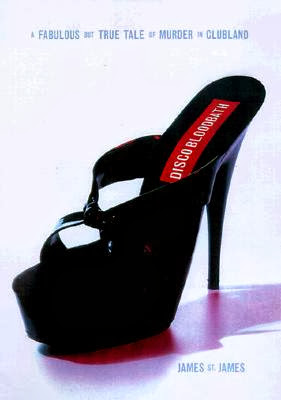 New York in the late 1980's through the mid 1990's was the club capitol of the world. Every single DJ or dance act would come to NYC to perform either in warehouses for raves or clubs till the early morning hours. No clubs were more infamous than those owned by Peter Gatien -- Club USA, The Tunnel, and most importantly Limelight. The Limelight had it's own brand of fun and energy that no other club since Studio 54 had, it was fearless freaks mixing with business class mixing with Wall Street mixing with S&M participants mixing with goths, punks, college kids, etc. It was a haven of fun and debauchery under one room and crafted some of the most important genres of electronic music or EDM as what it is called today. Everything from house, acid house, ambient, dub, digital hardcore, techno, jungle, drum and bass, trance, the list goes on and it was all formed under the roof of the Limelight. The club would make stars out of those who performed their like DJ Keioki, Marilyn Manson, Moby, Chemical Brothers, KMFDM and many others. The Limelight, thanks to one of the promoters, Michael Alig, promoted uniqueness and diversity among their guest and gave birth to the "club kids." The club kids were those who dressed up in over-the-top outfits with massive make-up and went from club to club to be fabulous. Nearly every outfit a club kid had you can see today in inspiration from people like Lady Gaga, Ke$ha, and top EDM DJ's like Deadmau5.

In 1999, club kid James St. James wrote his memoirs, Disco Bloodbath, which told the tale of how he got involved in NYC's club scene, drugs, and became friends and eventual roommates with Alig. James writes about how Alig's infamous killing of his drug dealer brought the days of fun in the club sun at the Limelight to an end. While this story is one of a person in club land and not a musician, it is still a fascinating tale and as EDM reaches new heights each year, it is important those involved in the current scene learn the roots.
Posted by Salvatore Bono at 5:04 PM