Are The Replacements done? According to singer Paul Westerberg he announced during the band's set at Primavera Sound on Friday night that it would be the last time the band would play together. This comes on the heels of the band cancelling July gigs they had scheduled. No official statement has been made from the band or management.

Since the fall of Beady Eye, Liam Gallagher has had a lot of time on his hands. Now, it is coming that the former Oasis frontman is forming a supergroup with The Who's Rodger Daltrey alongside The Lightning Seeds' Ian Broudie and Ringo Starr's son, Zak Starkey on drums who once played in Oasis and is the current Who drummer. A source close to Liam told The Sun, "He's told his mates he's pretty bored. Other than Noel, you would be hard pushed to find a better set of bandmates than Roger, Ian and Zak. It's a proper supergroup and the performance will be something to remember." No word as to what the group will be called.

Speaking to Rolling Stone, Keith Richards has confirmed that he is interested in recording a new Rolling Stones album. Keef told the magazine, "Funny you should mention [recording]. Just last week, the word 'studio' popped up while we were rehearsing. I said, 'Well, let's find a time. I'm ready'." The band released their last album, A Bigger Bang, a decade ago.

Next month, Ghostface Killah and Adrian Younge will release 12 Reasons to Die Part II, the sequel to their brilliant 2013 hip-opera, next month. Take a look at the album cover, below: 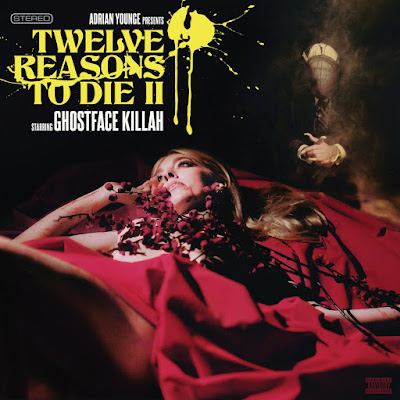