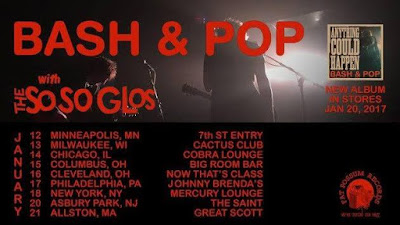 Following a 20-plus-year hiatus, Tommy Stinson resurrected his post-Replacements band, Bash & Pop late last year. The band will release their sophomore album, Anything Could Happen, Friday and to support the records release, they hit the road and landed inside the intimate Mercury Lounge in Manhattan's Lower East Side. 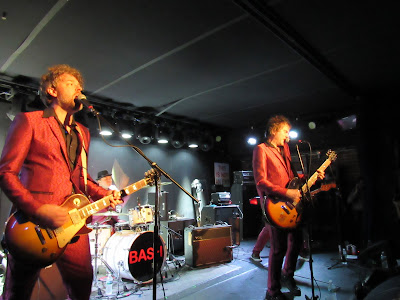 The sold-out gig was the first time the band has played New York City since 1992 and for fans inside, it was a trip down memory lane as Stinson played songs from nearly all of his solo work which highlighted how the Minneapolis musician knows how to compose a great pop-rock tune. 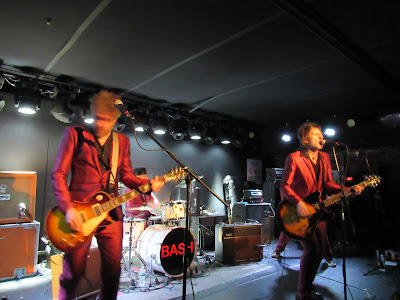 The five-piece band, which also features The Hold Steady's Steve Selvidge on guitar, hit the stage in shiny red suits and black dress shirts that made them resemble a doo-wop group of the 1950s rather than a garage band but it added to the excitement of the show and a way to mark the special occasion. 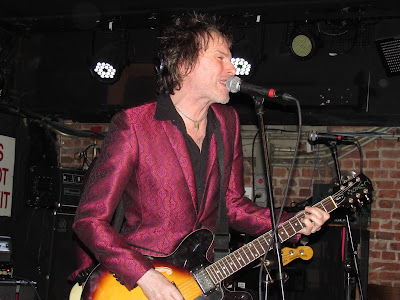 Opening with "Not This Time" and "Fast and Hard," Stinson then went right into The Stones' "Rip This Joint," and the fans were eating it up -- in fact too much. The crowd, which was packed in like sardines in a can, averaged about mid-to-late 50s and some probably haven't been to a gig since The Replacements reunion a few years ago. With elderly men shouting and heckling Stinson, he took it in stride, smiled and kept playing, but things got awkward when the middle aged crowd started moshing halfway through the concert, which lead the former Guns N Roses guitarist to say, "Hey, keep it down. We are a little too old for that!" 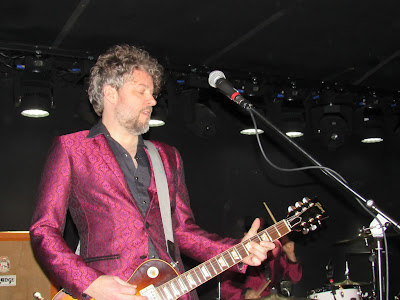 In the near 90-minute set, the band seemed to be enjoying themselves. There were a few technical glitches but they took it on the chin and still delivered a fun rock and roll set. As fans got a chance to see their rock God in an intimate room, the early Wednesday night gig was certainly too good to pass up. 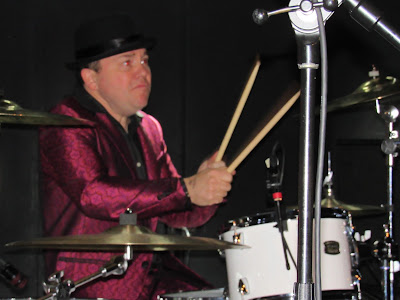 Posted by Salvatore Bono at 7:47 PM