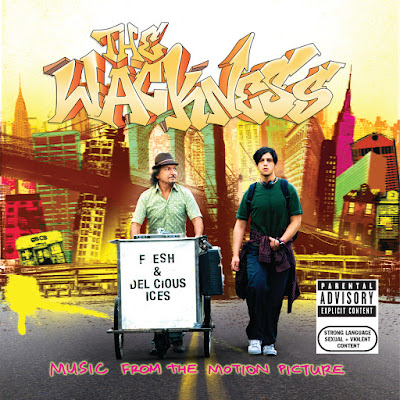 In 2008, the New York City coming of age dramedy The Wackness took audiences around the world by storm. The little independent movie starring Ben Kingsly as a drug dealer and one of the Olsen Twins, showcased a Manhattan many remember -- the one of the 90s. Set in the summer of 1994, the film captures the city in Guiliani's era as a "broken windows" policy was implemented by the NYPD, Times Square started to become Disneyland and nothing could touch the city's hip-hop artists.

Listen to Our Essential Tribe Called Quest Playlist on Spotify!

The soundtrack captures the era perfectly. Featuring Biggie Smalls, Nas, Wu-Tang Clan, Craig Mack, KRS-One, A Tribe Called Quest, as well as a throwback classic rock song from Mott the Hoople, The Wackness blended the dopeness of NYC hip-hop of the mid 90s together better than any film ever. Listening to this album is the ultimate summer jam throwback and one that seals the debate -- the 90s rap of NYC was the best ever.

Listen to Our Essential Nas Playlist on Spotify!
Posted by Salvatore Bono at 5:37 PM