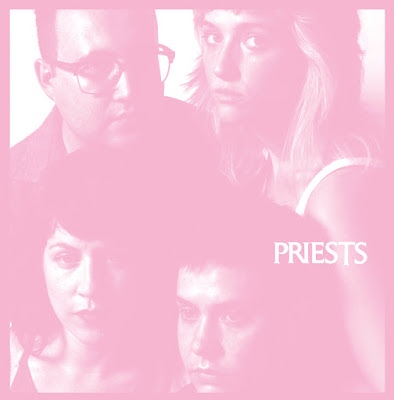 Since forming in 2012, Washington, D.C. no wave and post-punk band Priests have become hometown heroes. The four piece have put out three EPs and this month will release their long awaited debut album, Nothing Feels Natural on Sister Polygon Records. The band incorporates a bit of glam, goth and surf rock for their unique sound -- think Siouxsie Sioux fronting the Pixies. The band discuss politics, sex, and feminine power which are all conversations we need now. Not only are Priests smart and clever, they put the nation's capitol back on the map for a new era in punk rock and it couldn't come at a better time as the unfavorable president-elect will take office just a week before their debut arrives.

Posted by Salvatore Bono at 1:41 PM