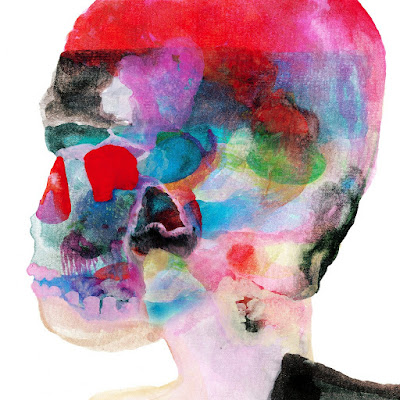 Spoon have confirmed the March release of their new album, Hot Thoughts, and recently the tracklisting. Now, the cover has been unleashed, take a look, above.

A massive vinyl box set of George Harrison's solo work featuring everything from All Things Must Pass to Brainwashed will be released next month. It is the first time his solo material has ever been bundled together.

Mike Kerr of Royal Blood discussed his band's new album, which is slated to arrive this year. He told Q that they recorded it in California and it is "way sexier, more confident sounding" than their fantastic 2015 debut.

The Killers have been working in Vegas and California on their new album. Singer Brandon Flowers told Q: "There are moments that feel heavier than anything we’ve ever done, not that we’re the heaviest band in the world, but they have a finesse because of our experience. There’s also really beautiful things. Lyrically, it’s really close to home.”

The Tupac biopic, All Eyez on Me, which has been delayed for what feels like ages, will arrive in June.

Hot Water Music have confirmed they are working on a new album. Singer Chuck Ragan posted the news on Instagram:

It's begun. Hot Water Music is back in the studio recording a new record. Check the link in my profile for a new update and follow us at @hotwatermusicofficial for news, announcements, photos and stories directly from the band. #hotwatermusic #riserecords #hwm
A photo posted by Chuck Ragan (@chuckragan) on Jan 17, 2017 at 7:33am PST


Savages' Jenny Beth is working on some solo material as the band takes a break and she recently posted that she is working with Primal Scream's Bobby Gillespie. Take a look:

Posted by Salvatore Bono at 7:57 PM