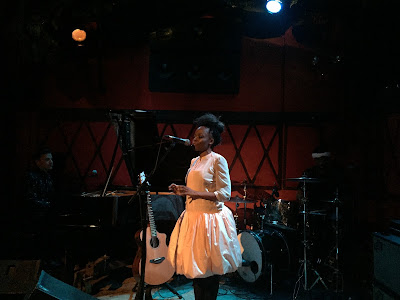 Earlier in 2016, we went down to Rockwood Music Hall in the Bowery to see a singer we had been tracking for months. Upon entering that tiny room, our world was flipped upside down. Tuelo and Her Cousins would not only give the best performance of the year, they also gave us one of the greatest concerts we have ever covered in the decade we have been around.

On Friday night, we closed out the year where it all began -- back at Rockwood with 2016's best live act. Tuelo and Her Cousins were stripped down, missing some members due to personal obligations but delivered with her talented drummer Kush and adept pianist Kevin, the unplugged session had the South African-born singer's voice on full display more than ever. 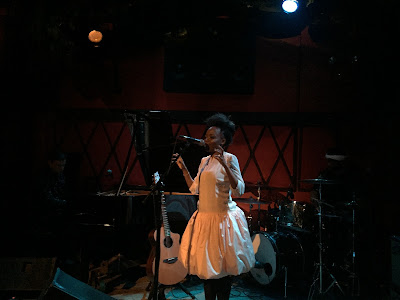 The raw talent that Tuelo and her band put on had the intimate room in awe, as always, of their showmanship. The part funk, jazz, rock, R&B, group performed their originals "On Air," "Raul," "Dreamer," as well as their take on ABBA's "Fernando."

For the near hour they performed, it was a fitting reminder that this band has the potential to be something huge. Her voice, lyrics, and performance is enough to make her one of the biggest names in the world of music. As 2016, ticked down, we hope for a bright 2017 for this band. We have said it before and we will say it again, she is the greatest singer in the world, need proof? See them now.
Posted by Salvatore Bono at 8:46 AM