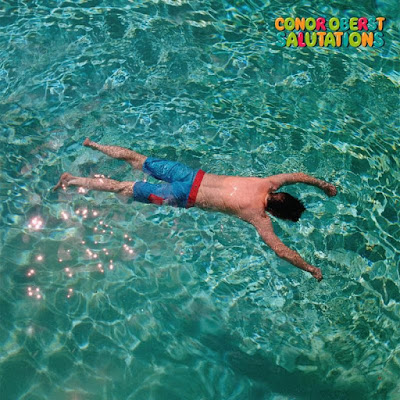 Last year, Conor Oberst released the minimal and brilliant, Ruminations. That record, which was intended to be recorded with a full band was instead released as just his demos of him with a piano or guitar. Now, in March, Oberst will release Salutations, the full band version of that record. Take a look at the cover, above.

Sad news to report, Maggie Roche of The Roches has passed away at 65. The member of the rock and roll sorority had been battling cancer. Our thoughts go out to her family, friends, and of course, her sisters in  The Roches.

Electro rocker Diamond Rings is now going under a new moniker called JG Ballad. He has already started releasing some music and no word if a full album will arrive soon.

For the first time in over 20 years, the original members of Britpop band Elastica have reunited and have been making music inside Abbey Road Studios in London. No word if it is for a single, or testing the waters or for a record. Thanks to social media posts of people working inside the studios, the news go out.

Today at #abbeyroadstudios with #Elastica
A photo posted by @pauljonze on Jan 20, 2017 at 4:43am PST

Mastodon are pranking fans and teasing them in a new video which features members of the Georgia metal outfit goofing around in the studio. Take a look:
Posted by Salvatore Bono at 4:39 PM