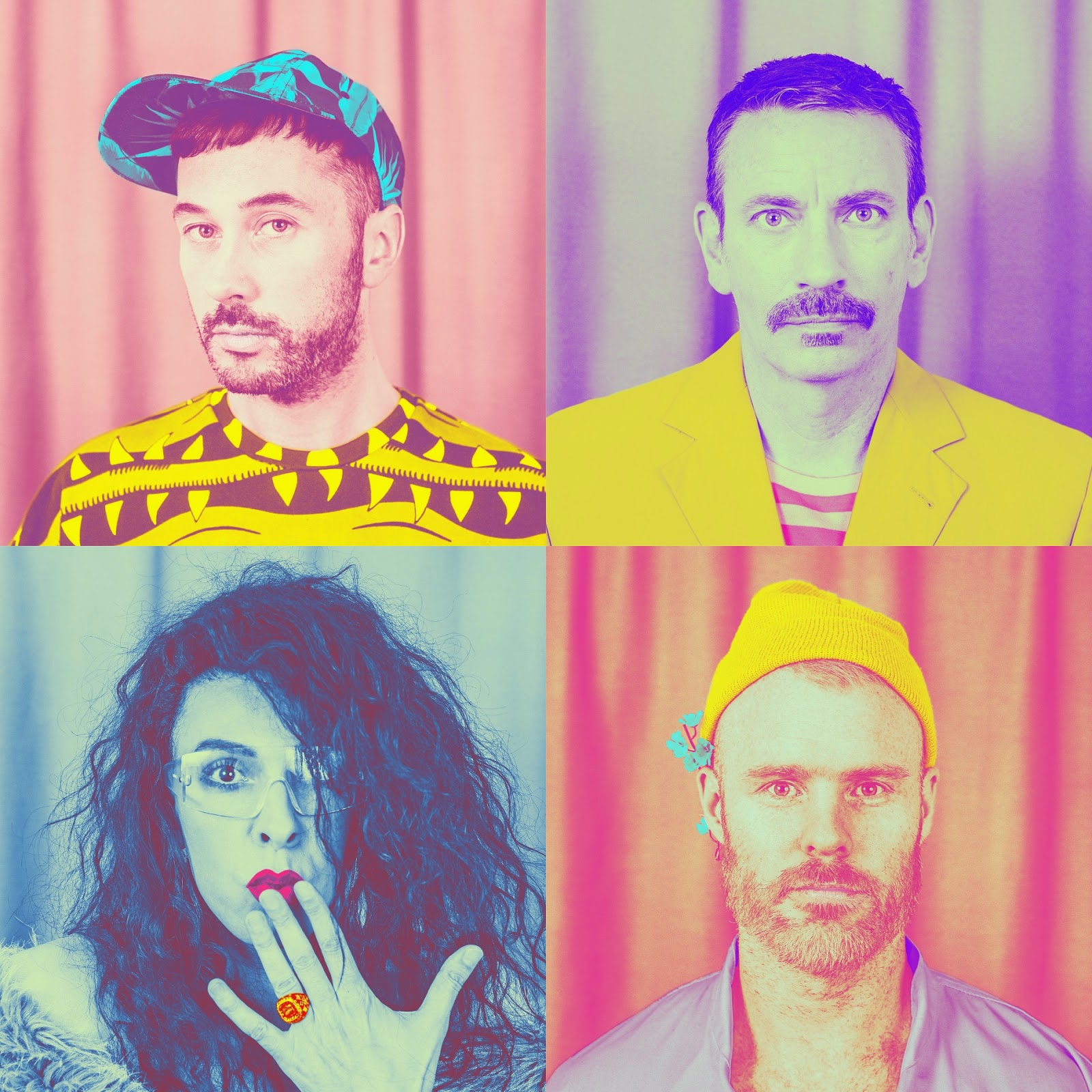 While DJ's fire up their laptops and bring extensive light shows to festivals, stadiums, and arenas around the world to craft the ultimate dance party, Andy Butler has done the same, but doing it the old fashion way -- with a full band. Butler, who formed Hercules & Love Affair in 2004, have been going strong making hips shake and hands fly in the air like a traveling Studio 54 house band for a decade now and show no signs of slowing down, even as computers take over the dance world. The band, who just released their third album, The Feast of the Broken Heart this past spring, have been touring the world bringing their music to the masses. During the very busy schedule the band keep, we managed to speak to the mastermind behind this transformative New York band. Take a look at our interview with Butler below:


You are finally back with your new album, what did you do differently on this record that you hadn’t one before?

Well, of course, most obviously, I worked with new co-producers, new singers, and in a new studio. I co-wrote a lot of the material more intensely, which was a fun experiment for this record. I pushed the sound selection into a more electronic, digital realm and I kept the record largely up-tempo.

Hailing from New York City, how has the city influenced your music?

I actually moved to NYC in 1996 hoping to find the city that I had heard so much about-full of legendary artists, dance clubs, happenings-but it was actually a city that felt in some ways like it was beginning to stagnate. The dancing laws became very strict, the club scene was divided between soul-less mega clubs and sleepy lounge bars, artists were being driven out (out of Manhattan- this was before Brooklyn was too expensive to live in)... But the music from the NYC I thought I was moving to- the sounds of the Mudd Club, the Paradise Garage, Area, the Sound Factory has influenced me incredibly.

It seems as if all dance music today is lumped into the EDM category and you could not be further from that. What do you think of the current state of dance?

There is a lot of it!  I feel some of it is very exciting- I am happy to announce that I will be presenting some younger/new artists on my own label, Mr. Intl which will be launching this fall. It features people with a sound signature and personality that shines through in their music. Unfortunately, much of the dance music coming out right now does not in my opinion. People play it way too safe.

It has been said that Andy’s intent for the band was to have rotating musicians come and play, how has that affected and inspired your sound over the years?

It has presented so many different voices that trigger me in different ways musically. It prompts me to write different kinds of songs- the vocalists on the most recent record are definitely very talented and I am blessed to have that level of quality appear here. It is not easy saying goodbye to previous collaborators though, and that can also inform the records!

What does the title of the new album signify – “The Feast of the Broken Heart, is this your “break-up” album?

It simply speaks to the idea of honoring your broken-ness and transforming it into positivity. I liked the title sounding as if it were a holy day in the calendar for the Catholic Church, where I was raised.  It is also a reference to the idea of the nightclub or a festive environment being the place to bring that brokenness to transform it into joy.

Your records have featured vocals by Antony, Kele from Bloc Party, Nomi Ruiz, remixes from James Murphy, and many more. Who else would you love to work with?

Just as you have altered singers and appearances, you have also changed labels, how is your new home at Big Beat / Atlantic?

BigBeat/Atlantic has been amazing. A proactive and hands on major label- who would have thought that existed in 2014.

Does the shift in record labels have an effect on the music you will make?

How do you hope fans respond to the new record?

Your live shows have gained you so much acclaim, how much fun do you have on stage every night?

I try to have as much fun as possible, because if we aren’t totally just having a blast, the audience won’t be taken to that place. It is really important to have the fun that you are trying to transmit.

What is more enjoyable for you, working in the studio or being on stage?

I always loved how the band plays off the motifs of Greek mythology, aside from Hercules, who else in Greek mythology do you have a love affair with?

Conceptually I love Athena- I wrote a song for her, though it was actually coded for my mom- a strong woman, full of wisdom. I love Apollo, as he was the god of music, light and healing. He was the golden boy- I liked Artemis also, as she was virginal and a creature of the night. Oh god, I could go on, but I will just leave it at that.