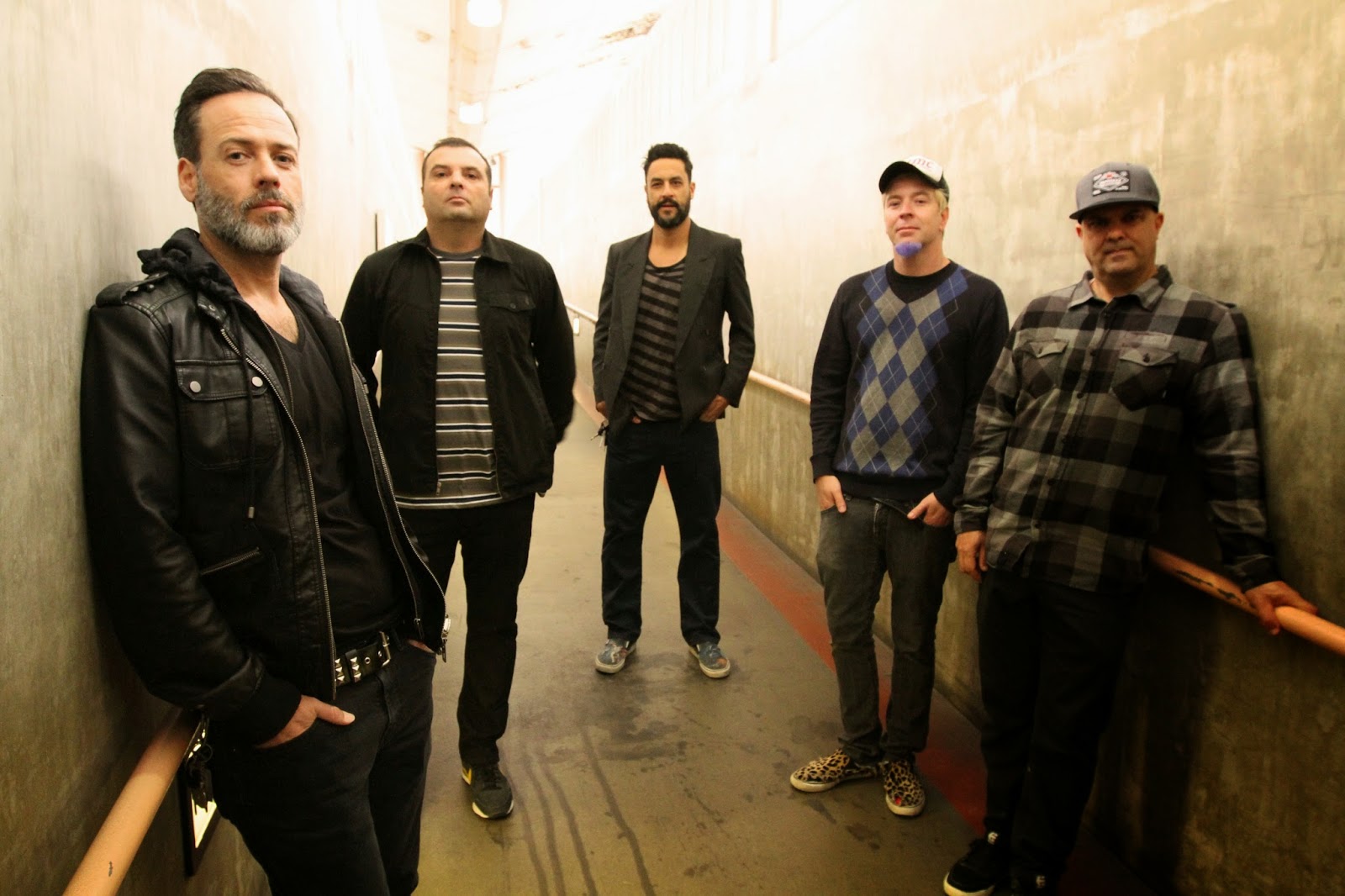 For over 25 years West Coast punks Strung Out have been combining thrash, punk, hardcore, and metal together and melted the faces of nearly every audience they have played in front of. On Tuesday, the band will release their eighth record, their first in six years, Transmission Alpha Delta. Before the record comes out we spoke to singer Jason Cruz and guitarist Jake Kiley about their history, the new album, and the legacy of Strung Out. Take a look at our interview below:


This band has been going strong since 1989, what still influences you to put out music?

Jason - Honestly, people still keep showing up to the shows. I think we're very fortunate to have so many people believe in us. That’s a rare thing in today’s climate. It’s very wonderful to be able to make music with another human being, but when its supported and anticipated - well that’s a rare rare privilege that should never be taken for granted.

Jake - To me, it's the people that come out to the shows and all the fans with tattoos that keep us inspired. Of course, we love to play this stuff but without them who knows if we'd still be doing it. I'm very glad and thankful we have them. It's something the five of us need in our lives!

What did you learn about each other in the process of crafting this record?

JC - Nothing. We know everything there is to know about each other. I know who’s going to walk through the door by the way they grab the handle on the other end. I know who is going to say what before it leaves their mouth. All that being said, this is what makes Strung Out such a reliable machine. Bypassing all the politeness and formalities enabling each member to get to work on what they do best.

JK - That we are all still very much into this band and have a lot left to give! I feel we're more focused now than we've been in years. I'm blown away by the guys' performances on this one. If nobody else even likes it, I'd still be satisfied with it.

The record still sounds like Strung Out, but there seems to be different feel and musical style to this album. What did you do differently on ‘Transmission Alpha Delta’ that you had not done before?

JC - Me personally - I started another band to purge any unfrequented,  un addressed musical desires. This helped me to accept what Strung Out was and was not. What the band was capable of and my place in the whole process.

JK - I think it was good that we gave ourselves a bit more time in between albums, which gave us some time to reflect and appreciate what we need to be doing. I feel we harnessed the intensity and energy of our early albums while paying more attention to detail and overall just pushing ourselves to the limit.

What does the title of the record signify?

JK - That the human brain is an antenna that’s constantly picking up these signals. Even though, intuition or unexplainable coincidence might actually be the result of our minds receiving these subconscious signals. Jason can explain it better.

JC - The title of the record signifies a call sign over a congested frequency. A faint signal in a sea of white noise. This is all we get to decipher some sort of purpose or meaning in this short absurd existence

You were in this band when you were teenagers, now you are dads and husbands. Does growing up and being an adult alter what the objective in being in this band means to you?

JC - Being a father, I no longer put myself first (obviously). My needs are secondary to a higher calling. This I have applied to music. I see it as a privilege and a calling. Once you learn to nurture something bigger than yourself, then you can truly grow as an artist and a person, then you can really connect with the people and world around you. We all do this for different reasons and aside from just having fun and creating a release. Music should bring people together despite their petty differences.

JK - No, not to me… This shit keeps you young. It's still a very cathartic thing to write and perform live, and I look forward to everything that comes with it. It's a great way to be creative and also therapeutic to get anything out through music. But shit, I still feel 20 most the time. Ha Ha!

Doing this for as long as you have, what do you think of the state of punk at the moment?

JC - I don't know what any of that means. Punk to me was exactly how Ian MacKaye described it - a porthole to a subculture. I have left the porthole behind and I am solely interested in the subculture. The door of the house is irrelevant once you have made your way to the fridge, bubba.

JK - It's back underground where it belongs. That is good, and it keeps it exciting and relevant. Personally, there was nothing worse to me than seeing and hearing the melodic West Coast-style punk sound get so watered and dumbed down, sold and commercialized by those whores in the early 2000s. There were bands that major labels could buy when all of our bands turned them down. They sold what was a special thing to the masses and have now gone onto their reality shows. But they’re gone now and that’s what matters.

After all these years, what is your fondest memory in being apart of Strung Out?

JC - My fondest memory is whenever Rob Ramos tells me I done good.

JK - Oh man, there are too many!! It probably happened on a night I forget!

So many new bands are forming with the punk ethos that you and so many bands brought to the forefront in the genre’s early days. What advice do you give to someone starting a band today?

JC - You better have nothing to lose and become a straight huslta' or keep your day job. Don't expect anything from this other than the simple joy of making music with your friends. Just because you’re talented doesn't mean shit. Maintain healthy long-lasting relationships with the people around you and those you work with. I got lucky and I work hard, but mostly I got lucky.

JK - To always do it for yourself first and that you have to be 100% into what you are doing. It's not easy to make this happen. You have to put it all on the line and sacrifice many of the things we are brought up thinking are so important. You have to give up everything else and even then you may only get so far. You might get to a place you are content with, only to have critics regard your success as modest. You might put out albums you bled and fought and almost killed each other over in making, just to have people go "Ehh..'' or "They were good, but should have gave it up…” Fuck that and fuck them! If you can create something you are proud of and can stand by wherever it ends up, that is all you need.

The band formed in the late 80’s but didn’t release your first record until the mid-90’s. What happened that it took so long to get that initial debut out?

JC - We actually started around 1990. I was pretty much a street kid bouncing around from couch to couch and I don't really think any one of us ever really considered this would take us where it did. As a result, we needed to become a real band in order to commit to the game and that took some time.

JK - To set it straight, we actually formed in Mid 1991. Not sure where that late '80s rumor came from. Ha Ha! I joined the band in July 1992 and we recorded our first album in Dec '93. It came out in May '94, so our progress was actually quite swift in the beginning. We're just really lucky that we met Fat Mike when we did.

JK - HaHa. Some nights you just barely have the energy to walk off stage! It depends a lot on the heat of the show, but I'd say you get conditioned to it a bit as the tour goes on. After a show, we like to come down and meet fans, shake hands, do some photos and then just chill. I like to go on the bus and put on some KJAZZ and smoke a big ol bowl of green, haha!

After the release of the album and tour, what is next for Strung Out?

JC -  Your guess is as good as mine, Bubba Ho Tep.

JK - This album should keep us busy for a couple years, so I'm very pleased to say coming to a club near you!

Posted by Salvatore Bono at 3:18 PM