Kendrick Lamar has confirmed that his new album, Untitled, will arrive in two weeks.

Founding member of The Pretenders, Chrissie Hynde will release her memoir via Doubleday in September.

Speaking to Rolling Stone, Lars Ulrich said Metallica are "fucking in it," in terms of writing their new album. The drummer said, "We've got lots of songs, and we're honing them and tweaking them. It's pretty close."

The Replacements will reissue their catalog in a eight-disc box set via Rhino records that will come out next month.  The band will use the same remastered seven studio albums that arrived 2008 along with their first EP.

Noel Gallagher has revealed to NME that he wants to record an album with former Verve singer Richard Ashcroft. The former Oasis man said the idea could upset his brother Liam, which would make it more the reason to do it. Noel said, "I haven't seen Richard for ages but whatever he's doing I hope he's making a record. I don't know anyone who's got his phone number. The one he gave me he never answers. He lives in a fucking big stately home and I imagine he's just stoned, thinking, 'What is that fucking noise?' That United Nations Of Sound record [2010's 'United Nations of Sound'] was a fucking great record. I should make a record with him." Some songs I write I never follow through because I'm not a soul singer. Would that upset Liam? Oh that would be war. More reason to do it! The fact that you've now put that in my head means I'm definitely going to follow that through. Hopefully he might give himself a black eye."

Mumford and Sons keyboardist Ben Lovett also spoke to NME about recording parts of their upcoming album, Wilder Mind, at Aaron Dessner of The National's Brooklyn studio. Lovett said, "We met Aaron touring around, just on the circuit. We've been huge fans of The National for ages. All of us, individually have got a very personal attachment to their music. We ended up being complete super fans. After meeting Aaron said: 'Come to my garage in Brooklyn and we'll make some music'. It was quite innocent really."

Mary J. Blige's documentary, Mary J. Blige - The London Sessions, which chronicled the making of her most recent album of the same name will get it's world premiere at next month's Tribeca Film Festival.

Fucked Up will release their latest Chinese Zodiac inspired EP, Year of the Hare, in June. Take a look at the cover below: 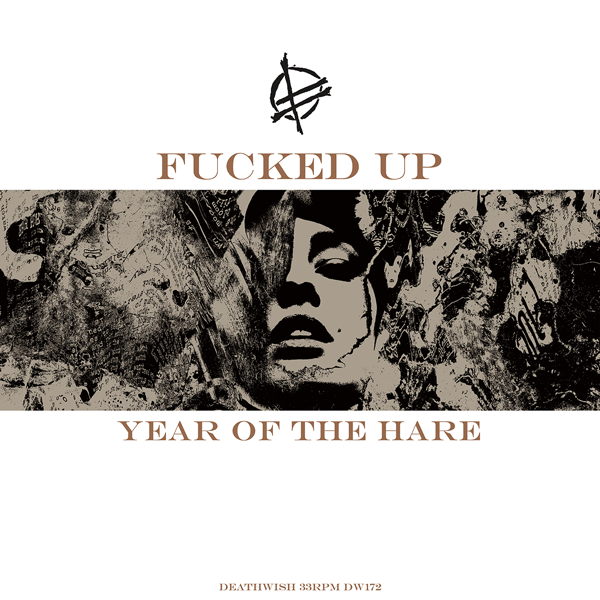 Posted by Salvatore Bono at 9:51 AM