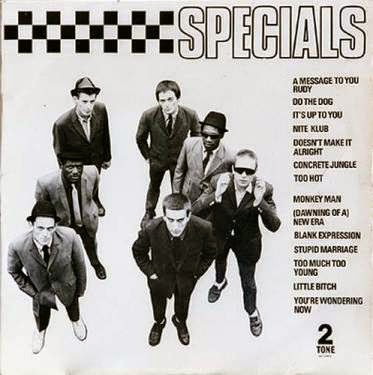 In 1979, a band like no other emerged from England and into the musical world. That band was The Specials. The band, which took tropical island rhythms of ska and reggae and blended it with socially conscious messages like the punks of their day. The bands self-titled debut has been hailed as one of the most influential records of all time, so, why is it an underrated classic? Simply because as time has gone on, ska itself has died out from what it once was and the idea that if like minds can come together to craft something new, we must remember that musical possibilities are endless. The Specials were a testament to that. White guys playing black music. Black guys grooving with white guys in an era where it was strange to have mix-raced bands. When the album landed, it was critically received as a favorable album  and showcased the musical shift in Britain at that time. Now, as we look back at what The Specials did with that debut, ska may not have altered the world the way punk or hardcore did, but the idea and essence of that record did which is why it becomes an underrated classic.

In 2011, we interviewed original Specials member Neville Staple. Take a look!
Posted by Salvatore Bono at 10:00 AM