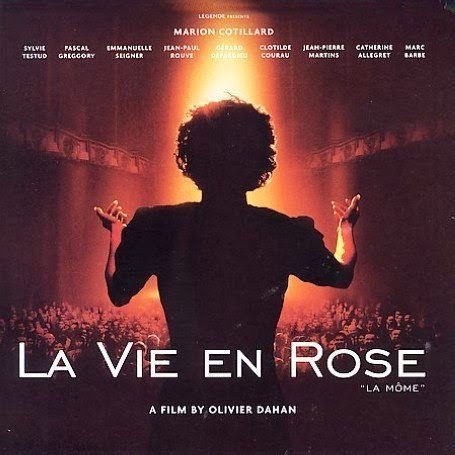 While 2007's La Vie En Rose is one of the greatest biopic's ever made and even got French actress Marion Cotillard an Oscar, the soundtrack to the film about Edith Piaf is the star. Piaf, who was the biggest singer in the world during World War II lived a heartbreaking life and she poured it all out in her music. While Cotillard brought her pain to life, the soundtrack, which features Piaf's greatest hits as well as music from composer Christopher Gunning, and French classic artists Jil Algrot, Charley Maresca, Mistinguett, and others, brings the music of that era back to life in a remastered in one fantastic composition. La Vie En Rose is a cinematic masterpiece and it's soundtrack is another cog in the wheel of a voice that is timeless.
Posted by Salvatore Bono at 8:23 AM