Metallica will release No Life 'til Leather as a limited edition cassette for Record Store Day. The seven-song EP were recorded in 1982 in Tustin, California, by the band's original lineup of James Hetfield, Lars Ulrich, Dave Mustaine, and Ron McGovney. Straight from the archives, the original source material has been re-mastered to maximize the sound potential for 2015 without altering the original mixes. A CD and vinyl version will be available later this year, as of now, No Life 'til Leather has never been made commercially available.

Iron Maiden have confirmed they finished recording their 16th studio album, however, they will await for singer Bruce Dickinson to recover from his recent cancer diagnosis before they will release it.

Noel Gallagher has been on a press tear lately promoting his new album, Chasing Yesterday, now, the guitarist confirms to Vogue that he has already written half of his third record. He mentioned it while poking fun at Led Zeppelin's Jimmy Page, "Lyrically I can look back from time to time, you can look back in a song, like 'The Dying of the Light,' for instance, you can take on a character in a song that’s looking back, but me personally, I'm already halfway through recording my next album. I mean, as much as I love Jimmy Page — and I fuckin' love Jimmy Page, as a guitarist and a guy, he's a fuckin' brilliant, brilliant man — all he ever does is fuckin' remaster Led Zeppelin records. D'you know what I mean? Fuck me! Get a job!"

The White Stripes will release Get Behind Me Satan for the first time ever on vinyl Record Store Day to celebrate the album's 10th anniversary. The double vinyl will feature a white vinyl and a black vinyl as well as an evolving cover. Take a look below:

In two weeks, Bjork will physically release her new album, Vulnicura, and has altered the cover of the record for the third time. Take a look at what the physical edition cover will be: 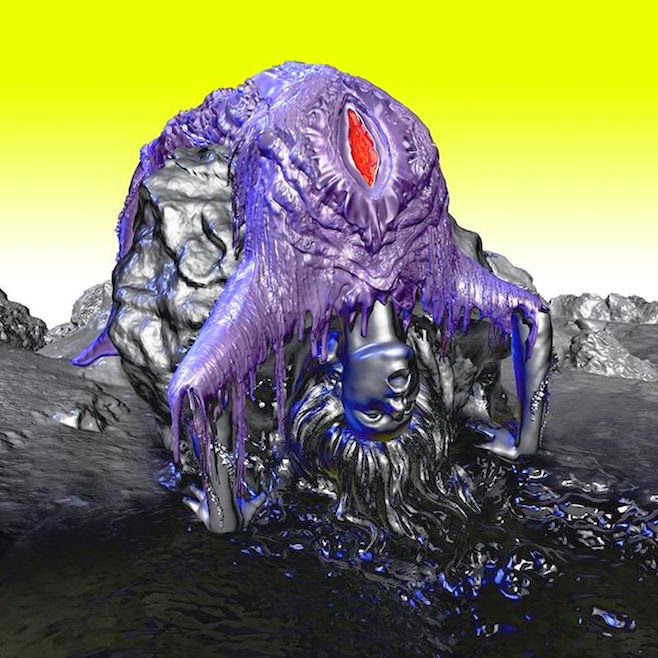 Posted by Salvatore Bono at 7:35 PM