Modest Mouse have confirmed that their next album, the follow-up to Strangers to Ourselves, will arrive next year and will feature Nirvana's Krist Novoselic.

Jamie xx will release his solo debut, In Colour, later this year. The album will feature The xx's Romy Croft, Four Tet, and others. Meanwhile, The xx plan on releasing their third album this year as well.

Speaking to DIY, Ben Gibbard says that he and the rest of Death Cab for Cutie knew that Chris Walla's departure was coming. Gibbard said, "I think that, knowing this was something that was coming - for years, honestly - there’s a particular kind of relief that comes when you know that the outcome that you’ve expected on the horizon is finally here, and you can finally move on with your life. I’m certainly not overflowing with joy that Chris left the band,” he added, “but at the same time, just having - finally after all these years - the catharsis of somebody who’s had - in some ways - one foot out the door for years, finally leave the band, it comes with a particular sense of relief. I mean, honestly, I found it very bittersweet,” Gibbard continued. "But also, frankly very liberating. I think that when you’re making a record with a band and you’ve been doing it as long as we have, sometimes you do have to tiptoe around people and make sure you don’t hurt their feelings if you tell them that something’s not working. You know that you’re gonna be living with this person for the next year and a half, playing these songs. Particularly Chris and I’s relationship has been a complicated one over the years and I think that sometimes neither of us have said the thing we needed to say at the time because we were fearful of setting one another off."

Taking to Twitter Bloc Party bassist Gordon Moaks has confirmed he has left the band and is not working on their fifth album.

A$AP Rocky has confirmed that his new album will be called At.Long. Last.A$AP. No release date has been set.

Speaking to NME, Raekwon is calling out Wu-Tang Clan's management and saying that the hip-hop collective's last effort, A Better Tomorrow, was weak. He said, "That album felt kinda bored. And that’s not just my opinion. The music was just too soft. Too humble. I felt like the album could have been better. I voiced my opinion, like, 'Yo, let's give them some real shit!' The album was driven more to [producer and fellow founding member] RZA’s expectations. He was coming from one way, we was wanting to try something new. I ain't going on the road with Wu-Tang this year. Fans will think it’s beef in the group, but it’s all management. I didn't know shit about the tour. They just assume I’m good to be there and put it all together, but by then I got obligations, a fucking schedule. It’s frustrating, ‘cos I’d love to be there."

Speaking to Gigwise, producer Flood defended U2's delivery via Apple of their last album, Songs of Innocence. The iconic producer said, "I think what it did was raise whether music is valued in society right now, and I think that's something that still hasn't been answered correctly. It brought about the question of 'What are peoples' listening tastes?' And maybe the biggest question it raised was 'Are people allowed to have choice or is choice actually being eliminated?'"

For the first time ever, the Decline of Western Civilization triology will arrive on Blu-Ray this June. The films. which chronicle the underground punk, metal, and hardcore scene's of the 1980's have been hailed as some of the greatest documentaries of all time and shed serious light as what those scenes were like back in the day. The new box set comes with four discs and a 40 page book. Take a look at the cover below: 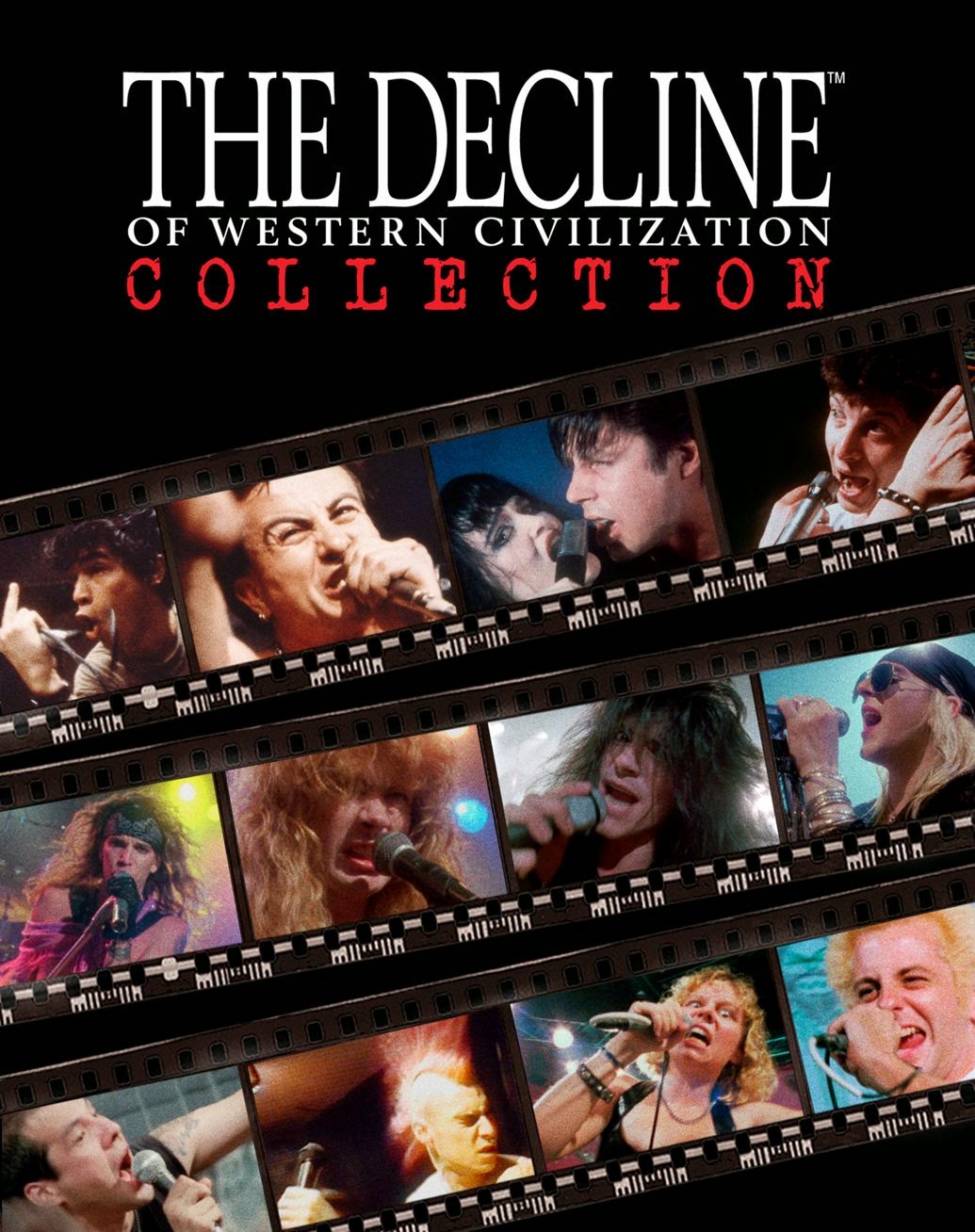 Posted by Salvatore Bono at 4:34 PM